French President Emmanuel Macron's approval ratings already appeared to be at rock-bottom levels as yellow-vest wearing rioters sacked his country's capital city and an 800-year-old monument to Roman Catholicism suffered a devastating fire on his watch.

But it appears he has started to dig.

Members of Macron's "Le Republique En Marche" movement have fled the party ahead of local elections next month where the president's centrist movement is expected to do poorly as opinion polls show Macron is giving his predecessor, socialist Francois Hollande, some stiff competition for least popular president of modern France, according to the FT.

In the latest embarrassment for Macron, Benjamin Griveaux, the "En Marche!" candidate for mayor of Paris, has withdrawn his candidacy after an explicit video and some private messages leaked online, the FT reports. Griveaux apparently sent the sexually-charged messages to a woman who wasn't his wife.

Though readers outside of France might not recognize it at first, this is a major blow for Macron ahead of the regional elections next month. 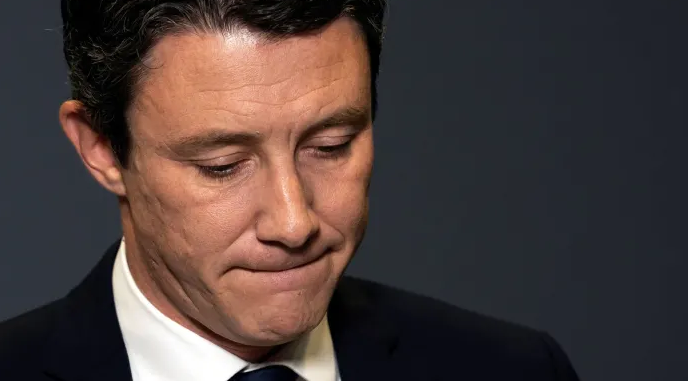 Before announcing his candidacy, Griveaux was one of Macron's spokespeople, as well as one of the president's closest lieutenants, according to Reuters.

The 42-year-old is one of the "Macron boys", a clique of political advisors that helped propel the former investment banker to the Elysee Palace.

He got his start in politics as an adviser to Dominique Strauss-Kahn, the former IMF head who achieved international notoriety after allegedly assaulting a maid in an NYC hotel.

For Griveaux and his family, the leaks followed months of anonymous threats and defamatory statements, along with threats to expose the private data that appears to have been stolen from Griveaux.

Now, it seems, his antagonists have made good on their threats.

According to Reuters, a Russian dissident artist named Pyotr Pavlensky published screenshots of an online chat between Griveaux and a woman who was not his wife, exposing his alleged "hypocrisy."

The chat included a video of a man's genitals - allegedly belonging to Griveaux.

Griveaux's candidacy was central to Macron's political strategy moving forward, which relied on building a base of local support in the French capital in the mayoral elections. However, opinion polls showed that Griveaux' mayoral bid was already in trouble before the scandal.

The final ironiy is that Macron’s party chose Griveaux over Cedric Villani, whom Reuters described as "an eccentric mathematician." It's unclear whether the party will now rally around Villani, a rebel lawmaker who was kicked out of the party last month after referring to political rivals as "arseholes" in a leaked conversation.

French politicians from all camps denounced the leaks, saying it was a flagrant violation of Griveaux's privacy.

Griveaux announced his decision to withdraw in a video statement...

More in this category: « Coronavirus update: 1,383 deaths, more than 63,000 sickened, Expedia predicts impact beyond Q1 Mastercard is pioneering new payment technology that identifies commuters by the way they walk »