The Internet Party One citizen... one vote... zero government interference.
updated 10:48 PM, Jul 23, 2021 UTC
Headlines:
Relief from chip shortage is on the horizon: Good news: The worst of the chip supply crunch might be near. The other side: Here
Bipartisan congressional commission urges IOC to pos: The bipartisan congressional commission responsible for monitoring human rights in
: LeBron James has earned $1 billion — the first U: Lakers star LeBron James is officially a billionaire ...Read more from our friend
Frustration builds as infrastructure talks drag: Tempers are starting to flare on both sides of the aisle as bipartisan infrastruct
Brace Yourself For Another "Debt Ceiling" Fight: Brace Yourself For Another "Debt Ceiling" Fight Authored by Michael Maharrey via
Hundreds chant ‘Go to hell, Olympics’ in protest: The protesters chanted and waved flags and signs blaming the IOC and Tokyo 2020 of
"Negative Impact" - Top Apple Supplier Foxconn Warns Over Revenue Hit

Foxconn said it would "cautiously" resume output at critical facilities in China that have been shut down because of the virus outbreak.

"As we are moving ahead with the reopening of mainland China manufacturing complexes in a relatively cautious manner, this will indeed have a negative impact on full-year revenues," Foxconn said in a statement on the Taipei Stock Exchange's website.

Foxconn is the largest electronics manufacturer in the world, and its ominous warning about supply chain disruptions affecting its full-year revenue guidance follows Apple's revenue guidance cut for the March quarter due to virus related issues.

Supply chain disruptions for Apple and Foxconn could persist through April as labor and part shortages to logistics transportation is a significant challenge in restarting top iPhone manufacturing plants and or at least achieving full capacity.

The central region of iPhone production is in Zhengzhou, Henan Province has delayed the return of workers this week. It could be weeks until full capacity is reached, but even then, there's no guarantee that full production could be seen next month. 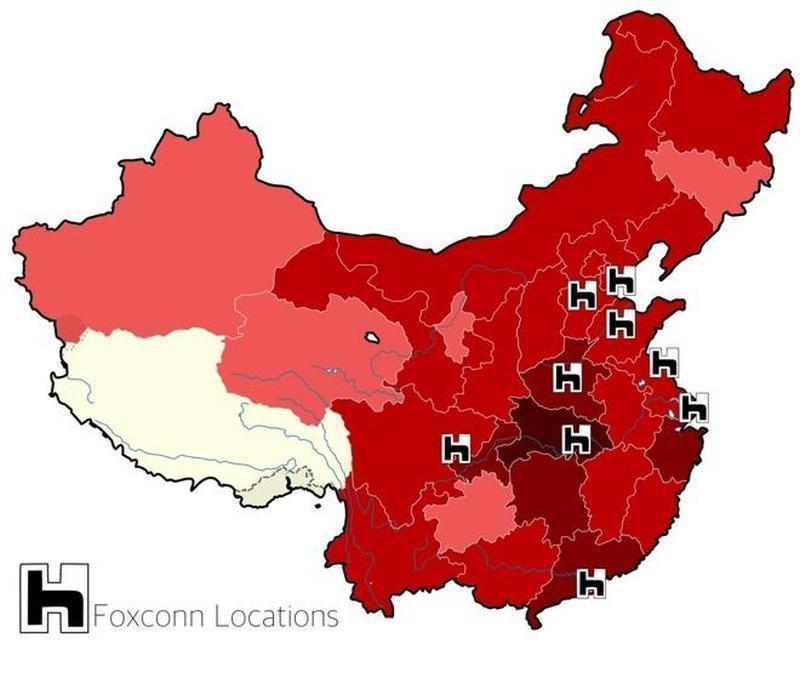 Reuters noted earlier this week that some semiconductor suppliers of Apple are currently experiencing production issues that could delay Foxconn's restart or at least shift full capacity timelines not just weeks out but months out.

Apple and Foxconn's warnings of supply chain disruptions and revenue declines could be what starts the waterfall of negative earnings preannouncements for many technology companies with modest exposure to Chinese output.

Last week we showed several "alternative" economic indicators such as real-time measurements of air pollution (a proxy for industrial output), daily coal consumption (a proxy for electricity usage and manufacturing) and traffic congestion levels (a proxy for commerce and mobility), before concluding that China's economy appears to have ground to a halt. Observations this week continue to show China's economy remains completely paralyzed: 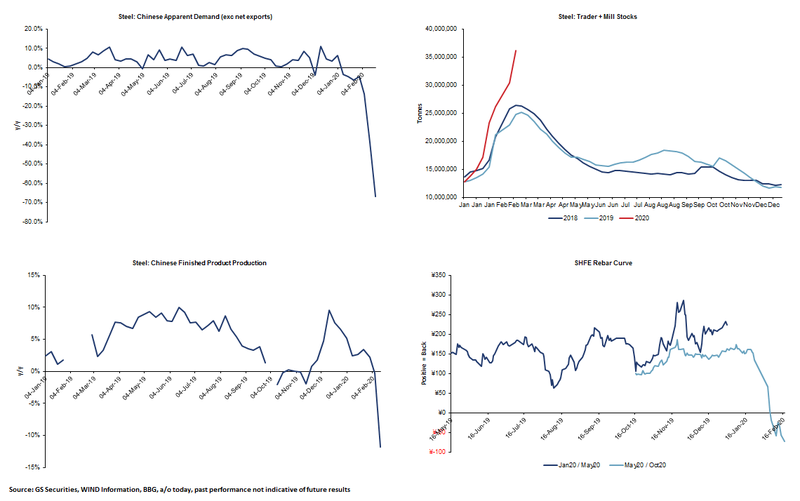 Wall Street must be blind as a bat not to realize the most exposed sector to the continued crunch across Chinese factories is technology. 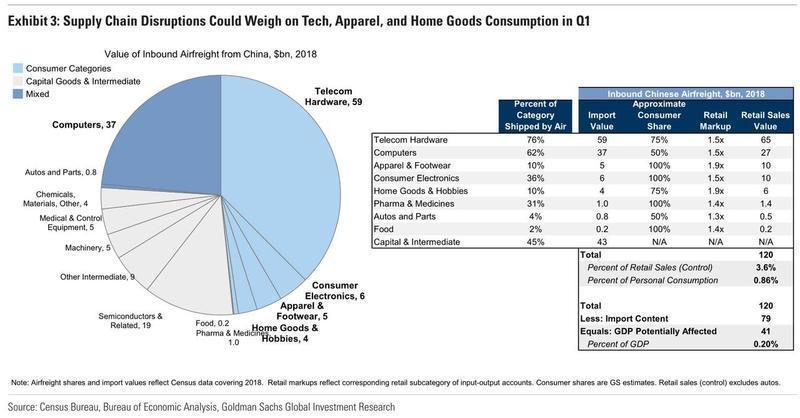 But maybe Wall Street’s best and brightest aren't blind, but instead bidding stocks up to new highs on the hope policy support by major central banks would fix the difficulties emerging in China. And it could be this time that monetary policy is ineffective in stimulating demand while the global economy grinds to a halt. 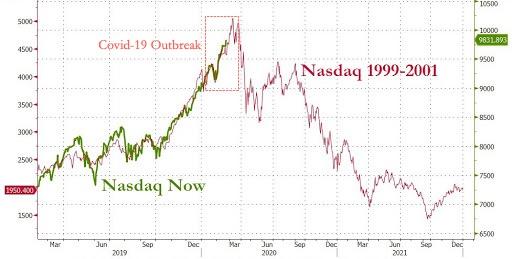 The virus outbreak that is spreading across the world could be the pin that pops the Fed-induced technology bubble. ...

More in this category: « Europe unveils its new digital strategy. Here’s what it means for Facebook, Google owner Alphabet, and Amazon Lawsuit: Department of Education is making it ‘nearly impossible’ for defrauded students to cancel their student loans »