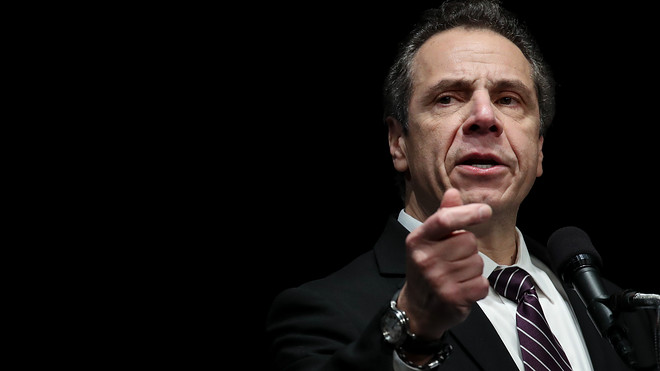 Gov. Andrew Cuomo declared a state of emergency in New York state on Saturday to deal with the worsening coronavirus crisis, as the number of cases jumped to 11 in New York City — including one in Queens — and 76 across the state.

Saturday’s numbers more than doubled the cases in the city, which stood at five on Friday, the governor said at a noon press conference. There were 21 new cases outside the city, he said.

“We are testing aggressively,” said Cuomo. “The more positives you find, the better.”

Identifying people who have the virus is good, because they can be isolated and won’t continue to infect people, the governor said.

He couldn’t say how many tests are being conducted but said thousands have results outstanding.

Declaring a state of emergency frees up $30 million to be used to expand testing and to purchase items such as masks and protective gear for health-care workers, the governor said.

James Sanders Jr., a state senator, said the Queens case was in Far Rockaway, where a press conference was scheduled at 1 p.m. Eastern time.

Other new cases include two people who were previously on a cruise, while the other five new cases were spread within the community, the governor said.

There are four cases in Nassau County, and two in upstate Saratoga County. One woman in Saratoga County had been in contact with a person from Pennsylvania who has tested positive at a conference in Miami, Cuomo said.

There are now 57 cases in Westchester County and two in Rockland County that can be traced to a cluster tied to attorney Lawrence Garbuz, 50, believed to be connected to the majority of the state’s cases so far, officials have said.

“Westchester is an obvious problem for us,” the governor said. “They talk about the contagion in clusters and the clusters tend to infect more and more people.”

Garbuz, a New Rochelle lawyer, commuted to work in Midtown by Metro-North before he fell ill and became the state’s second case earlier this week.

Since then, his wife, Adina, and two of his children, a 14-year-old girl and 20-year-old son, have tested positive, as has a neighbor who drove him to the hospital.

Garbuz is believed to have contracted the virus in Westchester and not through travel. Multiple members of the Young Israel of New Rochelle synagogue, of which Garbuz is a member, have also tested positive.

There is no need to cancel large gatherings across the board at this point, Cuomo said, although...

Read 270 times
Tweet
Published in Economics
More in this category: « Expect Up To 40% Of Tehran's Population To Be Infected In 2 Weeks: Iranian Health Official Global Air Traffic Set For Worst Year On Record »
back to top