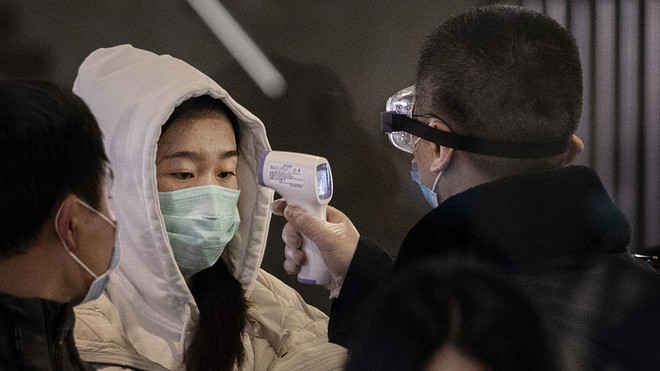 “ ‘China factory production has gradually resumed and that’s a good sign from a supply chain-perspective... and we think the U.S. economy is too strong.’ ”

That’s Zhou Wang explaining to Bloomberg News[1] why his QQQ Capital hedge fund is cashing in on the bets against airlines, hotels and the S&P 500 SPX, -7.54%[2] that it placed a month earlier to take advantage of a worsening coronavirus outbreak.

Wang’s short positions took a hit initially as the market seemed to shrug off the initial doom-and-gloom headlines. He might have been shaken from his short thesis had he not taken a holiday to China’s tropical island of Hainan, where what he saw convinced him to maintain his positions.

“After Wuhan was closed you could feel the panic,” Wang told Bloomberg. “Normally for Chinese New Year there would be people everywhere queuing for restaurants and going to the beach, but this year there was no one — everything was empty.”

So he stuck with his bearish stance, and it paid off handsomely for investors to the tune of a 77% surge for his Singapore-based fund through the first two months of the year.

Wang said he doesn’t expect this downturn to be as serious as the one that hobbled markets during the global financial crisis, so he’s now taking a more bullish position. At this point, he’s preparing for central banks around the world to ramp up liquidity and cut interest rates even further.

More in this category: « Where Is The Bailout? Here Are The Fiscal & Monetary Responses Goldman Expects Will Be Launched Any Minute Trump Slams "Pathetic, Slow" Fed As Democrats Take Lead In 2020 Election Odds »