The last time a couple of local cops stumbled on a freezer truck packed with dozens of dead bodies, it became an international news story and object of lurid fascination for millions around the world.

But during the age of COVID-19, it's just another quickly forgotten headline amid a global crisis that has produced a surfeit of misery and suffering. If Internet-surfing consumers weren't inured to photos of dead bodies already, after seeing thousands of morbid photos out of China, Europe, you probably are now. 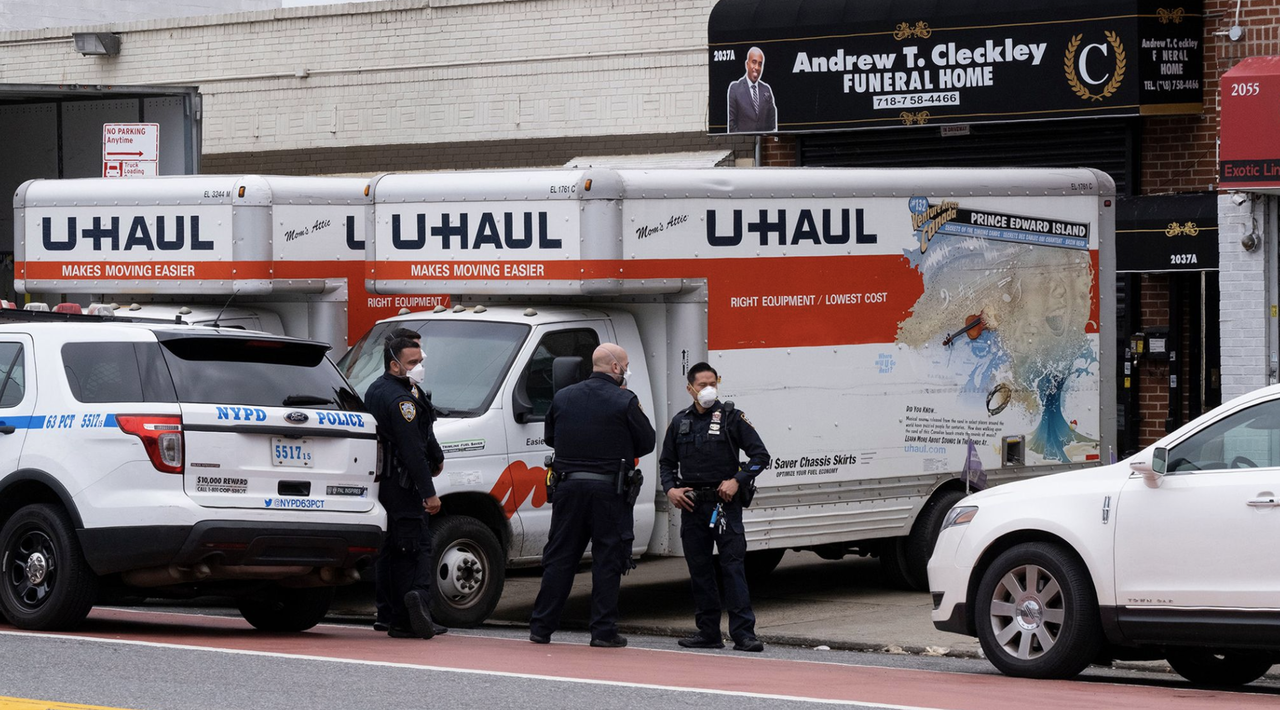 The latest disturbing headline comes from the outerboroughs of NYC, where a funeral home in Brooklyn was apparently busted for illegally storing bodies in a freezer truck after being absolutely swamped with deaths related to COVID-19. According to Sky News, roughly 50 bodies were found stored in ice trucks rented by a funeral director at the Andrew T Cleckley funeral home on Utica Ave. in South Brooklyn's Flatlands neighborhood.

The corpses were discovered after passers-by (New Yorkers presumably scurrying out to pick up their daily food and booze) complained about the smells and leaks.

Here's the kicker: The funeral home was apparently in violation of no laws. It was cited for "failing to control the odours", and the police moved on.

Instead, the home ordered an even larger refrigerated truck and all the bodies were transferred into it later that day by workers at the home clad in protective gear....

More in this category: « Coronavirus update: U.S. deaths to COVID-19 exceed Vietnam War toll, and Pence slammed for not wearing face mask In One Chart: Bill Gates on whether this bullish timeline for a COVID-19 vaccine is realistic: ‘There’s simply no alternative’ »