Authored by Ted Dabrowski via Wirepoints.org,

Illinois has postponed a planned $1.2 billion short-term bond issue for tomorrow and says the deal is now day-to-day. The state plans another $1 billion the following week.

The state wants the $1.2 billion to ease cash flow issues stemming from the state’s delay of its income tax filing deadline to July 15 from April 15. The additional $1 billion is to fund summer construction projects and for the state’s pension buyout program.

The postponement of the deal is likely due to the slew of recent bad news coming out of the state. All three major ratings agencies now rate Illinois just one notch from junk and all have negative outlooks. The state’s recent revenues have been severely impacted by the economic shutdown, as April’s year-on-year tax revenues are down by $2.6 billion. And the Illinois Senate Democratic request for a bailout, followed by Sen. Mitch McConnell’s bankruptcy comments in response, for sure didn’t help market perception of Illinois.

All that pushed up the state’s borrowing penalty to nearly 400 basis points over AAA-rated credits, even before the state came to market. By comparison, Reuters reports that New York state bonds are just 13 basis points over.

Now, Illinois may have willing lenders in the market, but the spreads may be far beyond what Illinois is willing to pay. 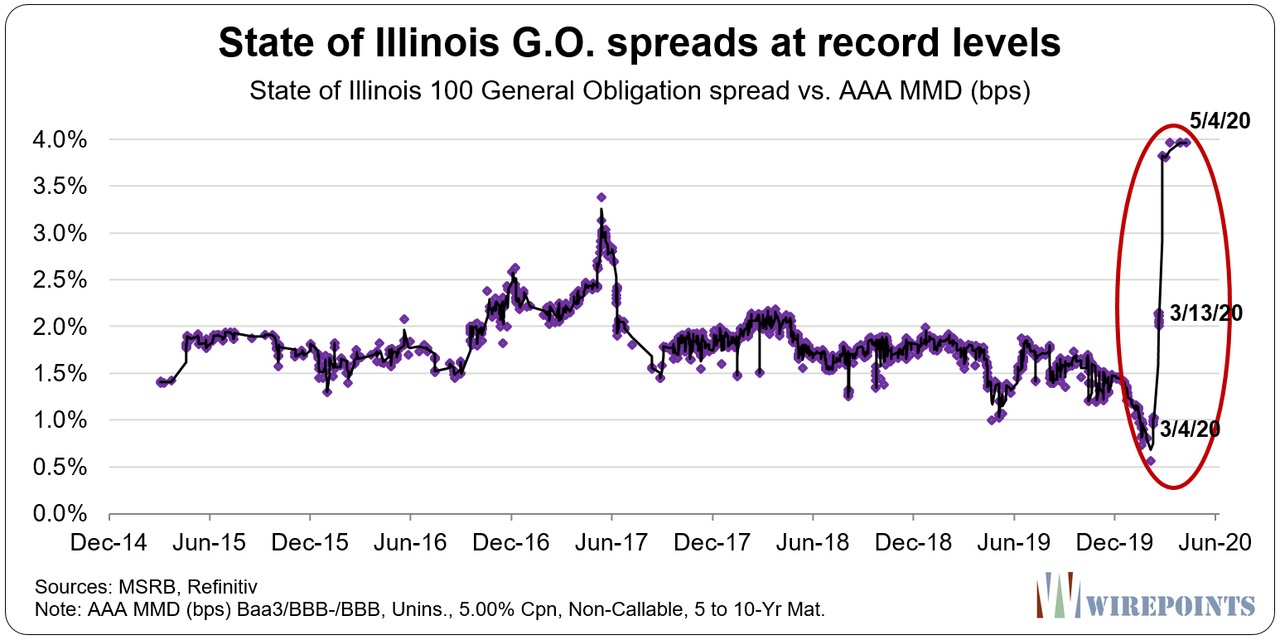 More in this category: « Market Extra: Schwab’s plan to offer fractional shares starting in June is a shot across the bow at Robinhood, Stash. In One Chart: This stock-market table shows why the S&P 500 outlook depends on what letter of the alphabet the coronavirus recovery looks like »