We might be starting to realize why Tesla CEO Elon Musk appears to have been under such stress lately. While Musk was throwing a weeks-long temper tantrum to the state of California about re-opening his Fremont factory, Tesla China registrations were plunging for April as a result of the coronavirus lockdown and a potential drop-off in demand.

Registrations fell 64% year over year in April, according to LMC Automotive and Reuters.

The numbers also fell sequentially, with registrations down to 4,633 from 12,709 in March. Corresponding data from the China Passenger Car Association shows that 3,635 Model 3 sedans were registered. 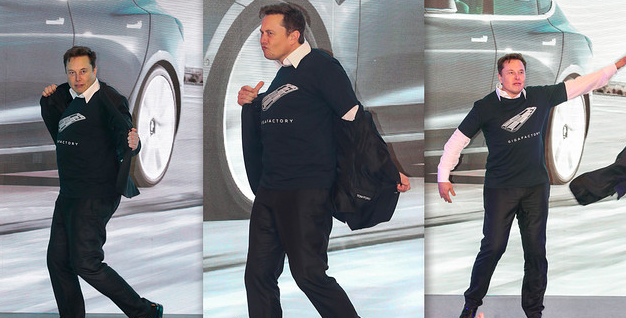 Tesla has said that it is striving for 4,000 cars produced per week in June and "mass production" of its Model Y SUV starting in the first quarter of 2021.

But that begs the question: what if there's nobody there to buy them?

Perhaps Musk is asking himself that same question, as he has pulled out one of his favorite "bait and switch-du jours" on Twitter last night, stating the price of the company's full self-driving feature (which is both non-existent and illegal right now) will be going up by $1,000 soon. Musk also hilariously claimed the value of FSD is "somewhere in excess of $100,000".

The FSD price will continue to rise as the software gets closer to full self-driving capability with regulatory approval. It that point, the value of FSD is probably somewhere in excess of $100,000.

We're sure it's no coincidence that Musk is trying to spur orders comes at a time when China registrations are...

Read 272 times
Tweet
Published in Economics
More in this category: « Key Words: GOP Sen. Ben Sasse delivered what he hoped was a hilarious commencement speech — here’s why critics aren’t laughing In One Chart: ‘Call it fate, call it karma’ — Why the coronavirus is merely ‘the final kick into the abyss’ for the U.S. economy »
back to top