As the economy slips into recession, driven by high unemployment, not seen since the 1930s, a quarter of Americans have skipped meals or relied on charity or government food programs since February, according to Kaiser Family Foundation's May  Tracking Poll survey of over 1,100 US adults (conducted between May 13-18).

"One in four Americans (26%) say they or a member of their household have skipped meals or relied on charity or government food programs since February, including 14% who say they have reduced the size of meals or skipped meals because there wasn't enough money for food, 13% who have visited a food bank or pantry for meals, and 13% who have applied for or received SNAP benefits," the survey said.

Figure 7: One-Fourth Say They Have Skipped Meals, Visited A Food Bank, Or Have Applied For Or Received SNAP Benefits Since February 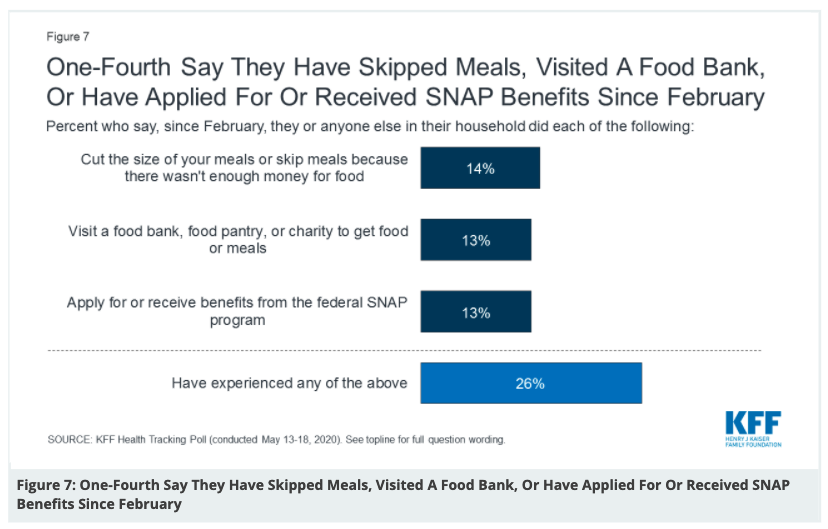 One in six (16%) Americans said skipping meals or relying on charity or government for food was due to the devastating impacts from months of lockdowns that left them financially paralyzed. With very little savings and insurmountable debts, the economic hardships of the downturn are already starting to be realized. Many folks fell into instant poverty and will be financially ruined for the next several years; hence, why universal basic income is coming. A further 10% of respondents said food security issues developed well before the pandemic.

Figure 8: One In Six Say They Have Skipped Meals, Visited A Food Bank, Or Applied For Or Received SNAP Due To Impacts Of Coronavirus 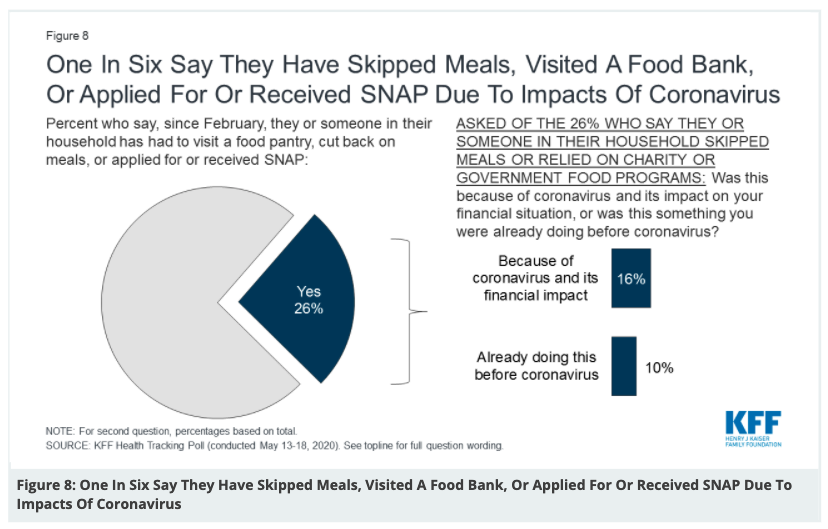 A third (34%) of Americans said they or their spouse experienced a job loss or reduced hours, resulting...