Last week, we discussed investors throwing caution to the wind and the need to take on defensive positioning. One week later, the bulls and bears are squaring off at the 200-dma line to see who will gain control.

Over the last several weeks, we have repeated one simple phrase:

In last Tuesday’s “Technical Update”, we specifically noted the rather extreme overbought condition of the market. To wit:

“The number of sectors and markets which are trading at extreme overbought levels confirms this extension. The chart below, available to our RIAPro.Net Subscribers (30-day Risk-Free Trial), shows a market rarity. Every sector and market, except for bonds, is extremely overbought.” 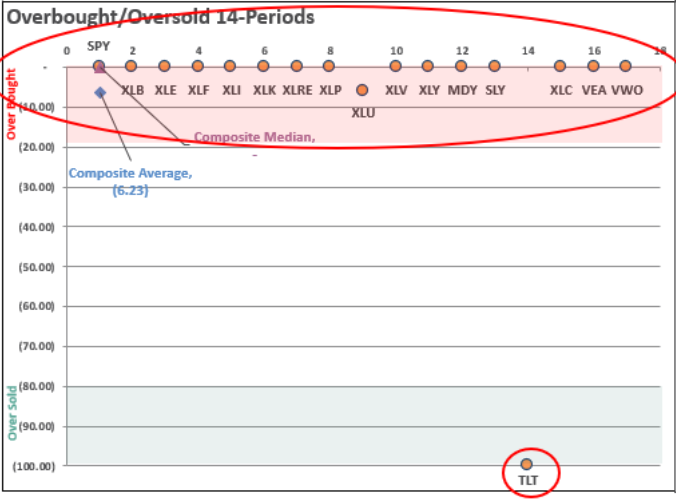 “The last time this happened was in the second week of April, which preceded a 4% correction, and then resolved itself in a month-long consolidation. The next good entry point came in mid-May. The price level was relatively unchanged, and the risk/reward for adding risk exposure was much improved.”

Just like the last time, it didn’t take long for the “correction” to surface. As noted in this weekend’s newsletter, the correction quickly reduced the previous negative risk-reward parameters.

“That correction came swiftly on Thursday. The surge in COVID-19 cases in the U.S. undermined the “V-Shaped” economic recovery meme. As we noted, the market had rallied into overhead resistance, and the correction found support at the 200-dma.” 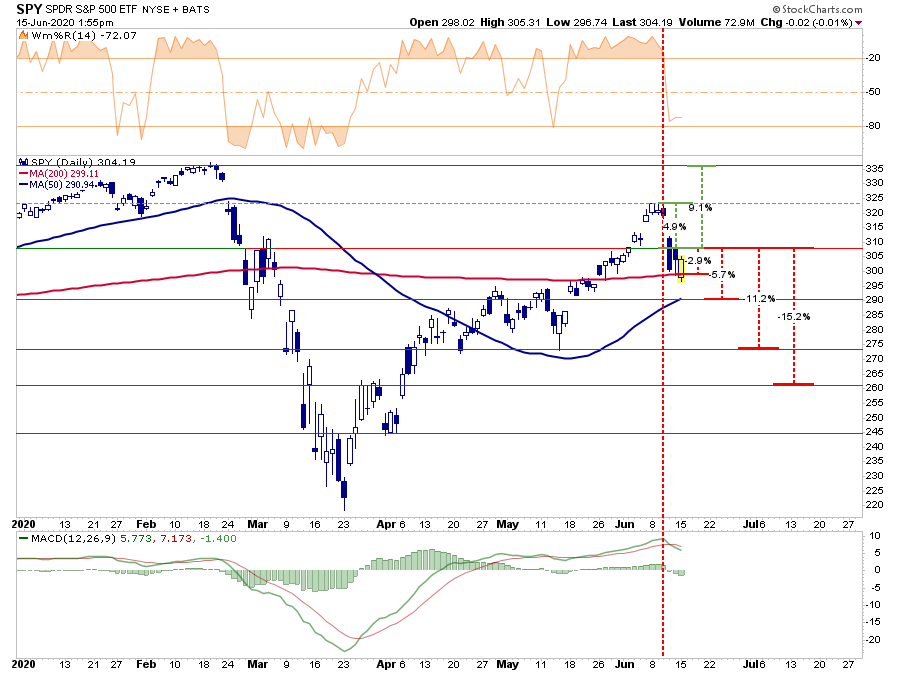 When the market had reached its peak two weeks ago, we penned a 70% probability that the market would correct the 200-dma. Last...