The flash UMich sentiment data suggested a big v-shaped recovery in consumer confidence in June and the final print was expected to show further improvement, but it disappointed, with expectations missing by the most.

The University of Michigan’s final sentiment index fell to 78.1 from a preliminary reading of 78.9. 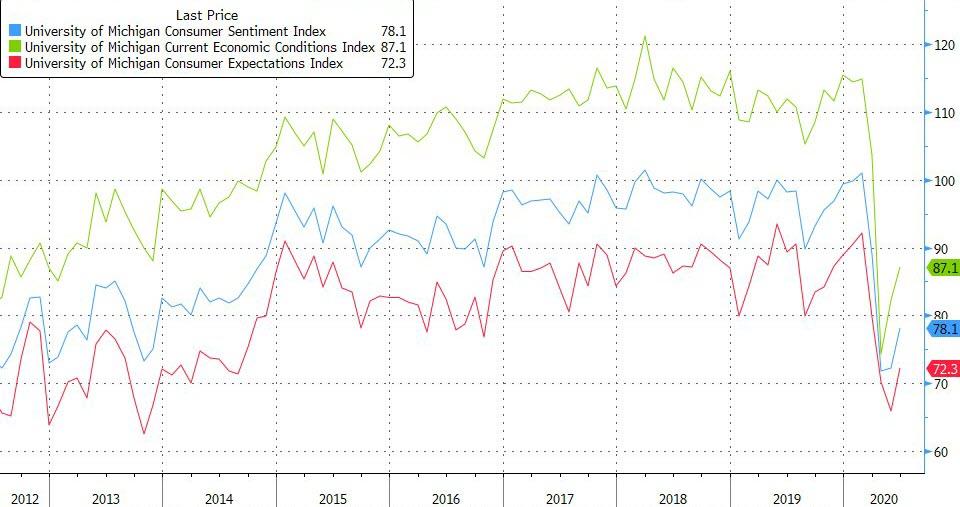 The report showed that sentiment rose just 0.5 point in the South and 3.3 points in the West, regions where coronavirus cases have been increasing. In the Northeast, where spread has been limited, confidence jumped by the most on record, the university’s data showed.

“The early reopening of the economy has undoubtedly restored jobs and incomes, but it has come at the probable cost of an uptick in the spread of the virus,’’ Richard Curtin, director of the survey, said in a statement.

“The resurgence of the virus will be accompanied by weaker consumer demand among residents of the Southern and Western regions and may even temper the reactions of consumers in the Northeast.’’ 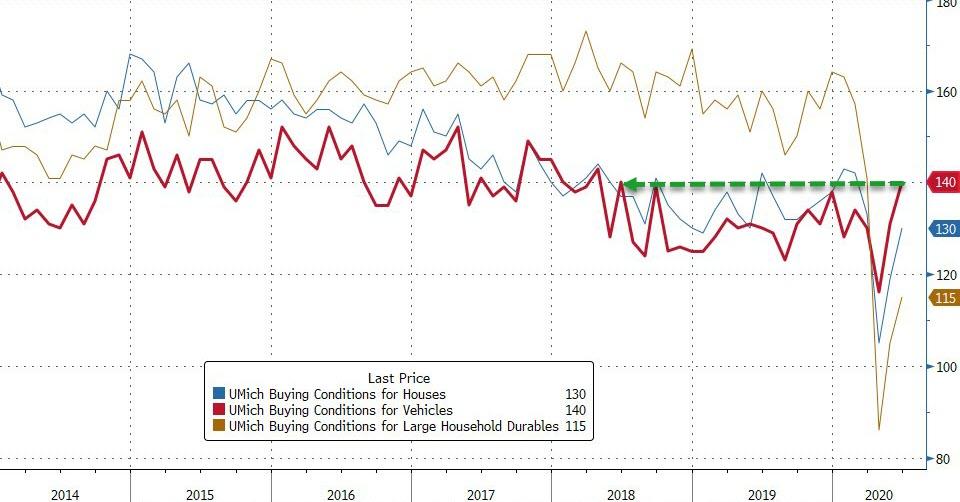 Sentiment among Republicans and Independents is rebounding considerably faster than among Democrats... 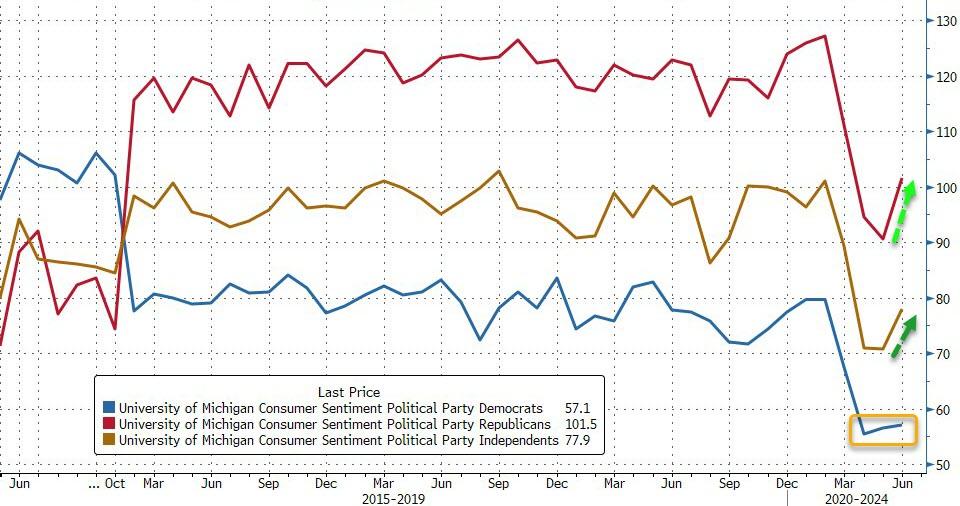 Read 200 times
Tweet
Published in Economics
More in this category: « Disney will overhaul Splash Mountain ride amid criticism over connections to racist film — here’s the movie they chose for the new theme Key Words: Grassley wants Trump to hear what the Wall Street Journal editorial board has to say »
back to top