Americans hit the streets in huge numbers over the past couple of weeks, calling for an end to systematic racism and radical police reform. 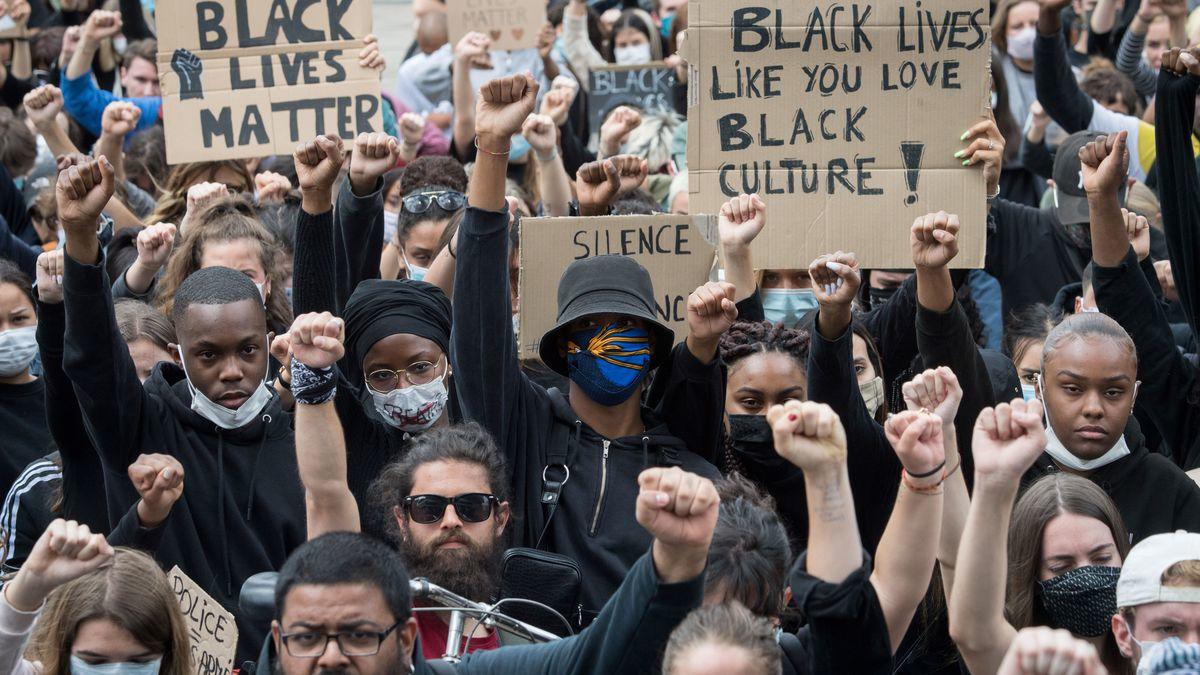 A new survey from the Pew Research Center outlines just who the protestors were. Statista's Niall McCarthy notes that Pew polled 9,654 U.S. adults, of which 6 percent said they attended a protest or rally related to race/racial equality over the past month, a sizeable share given that the U.S. is experiencing a deadly pandemic. 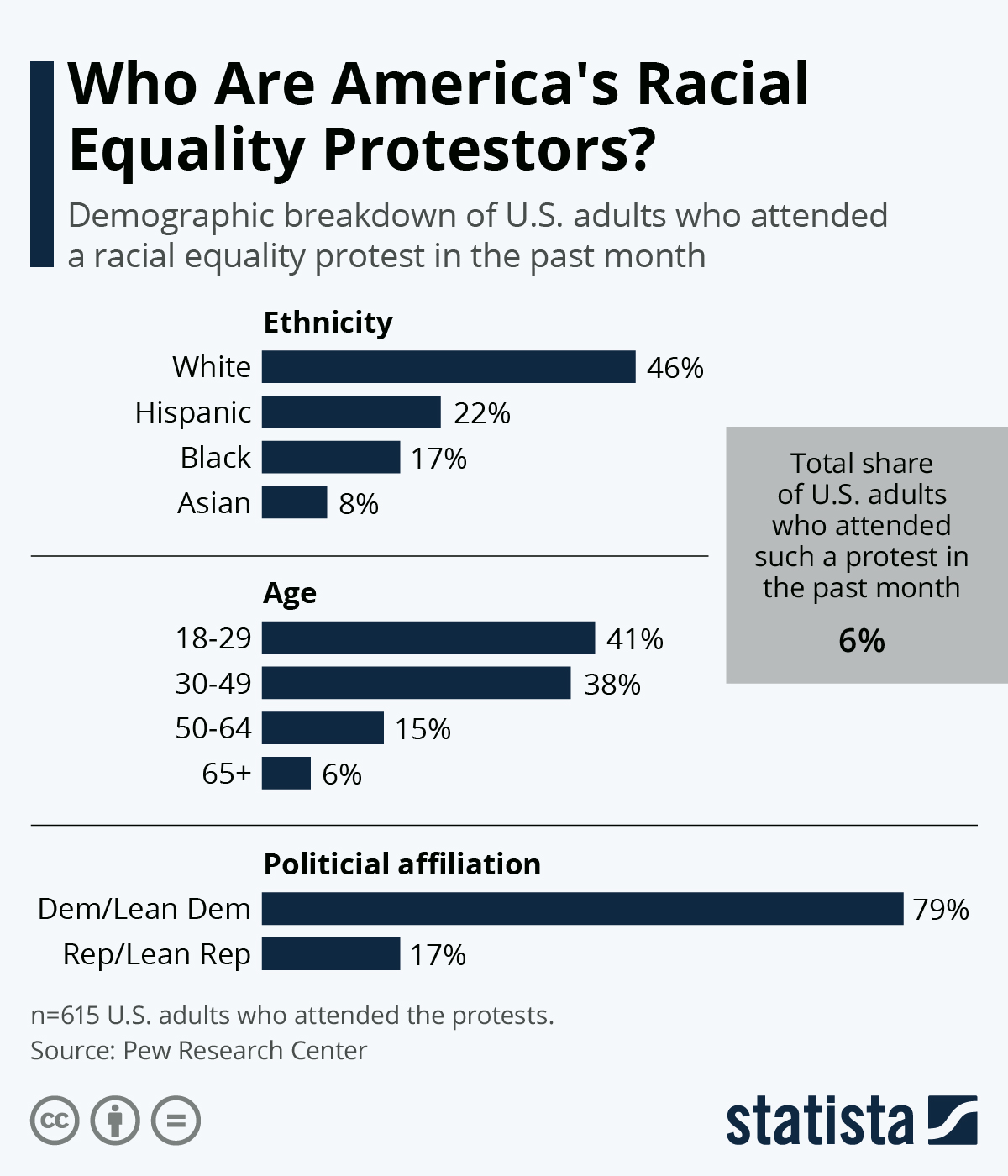 615 of Pew's respondents attended a such protest or rally and 46 percent of that total were White, 22 percent were Hispanic, 17 percent were Black and 8 percent were Asian.

Most participants, 79 percent, leaned towards or identified with the Democratic party....

More in this category: « Dispatches from a Pandemic: Letter from Arizona: Hospitals grapple with a surge in coronavirus cases, while life outside continues as normal Trump deletes tweet of video showing supporter yelling ‘white power’ after Republican lawmaker complains »