US Homebuilders’ Confidence index soared higher in July (to 72 from 58 last month), back to March (pre-COVID) levels. 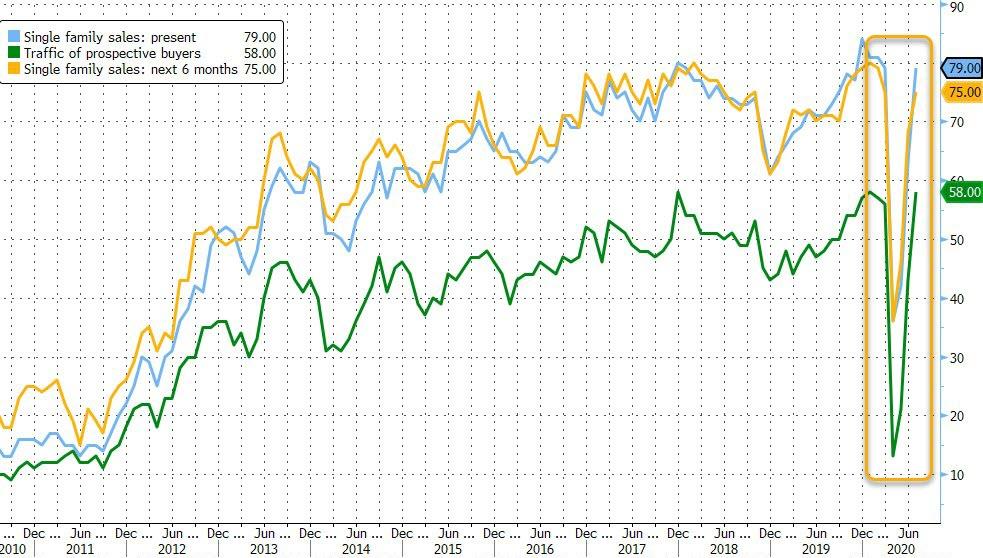 "Flight to the suburbs is real."

At the same time, the average rate on a 30-year fixed mortgage fell to 2.98%, mortgage-finance giant Freddie Mac said Thursday, its lowest level in almost 50 years of record keeping. It is the third consecutive week and the seventh time this year that rates on America's most popular home loan have hit a fresh low. 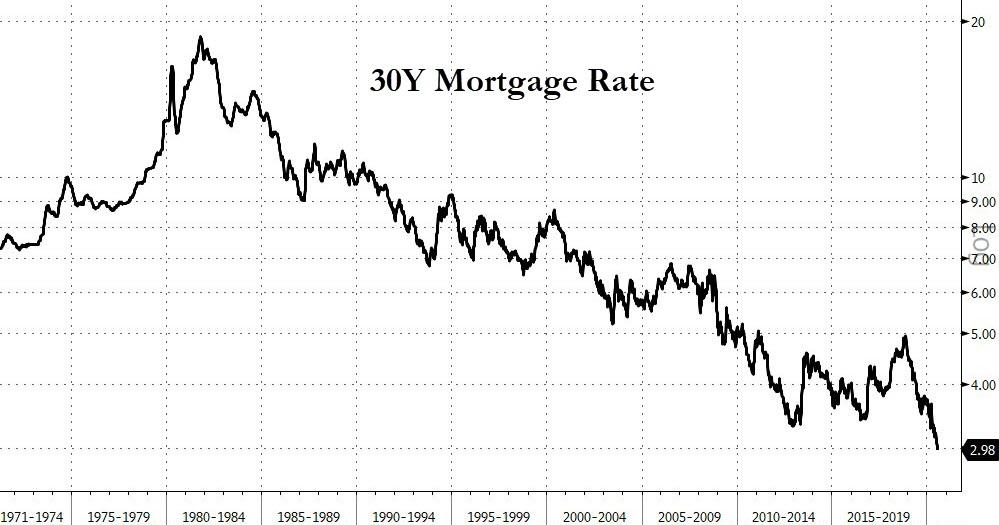 Below 3% is a "tremendous benchmark," said Jeff Tucker, an economist at Zillow Group Inc.

"It's also an indication that we remain in a crisis here."

But, the relative spread over Treasuries remains dramatic to say the least... 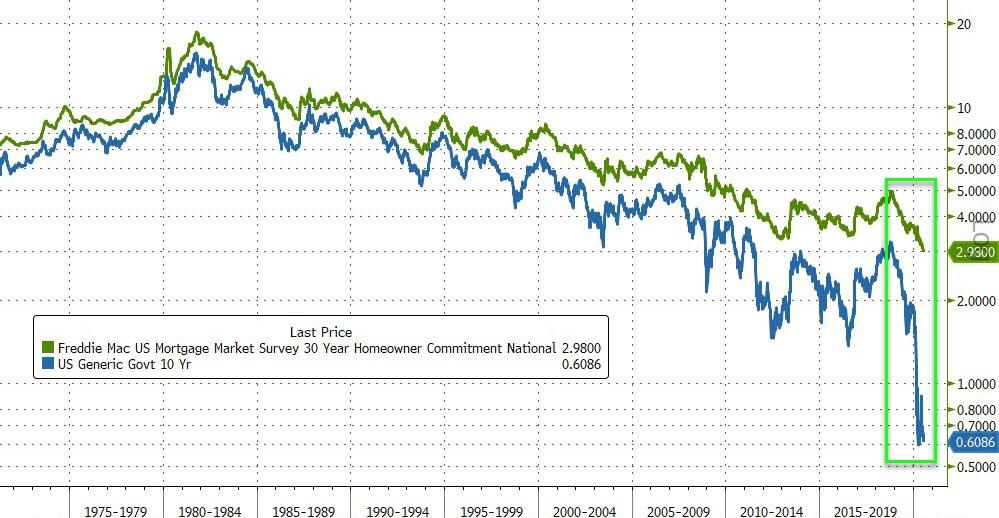 There's just one thing, while homebuilders are almost at euphoric levels, homebuyers aren't so convinced... 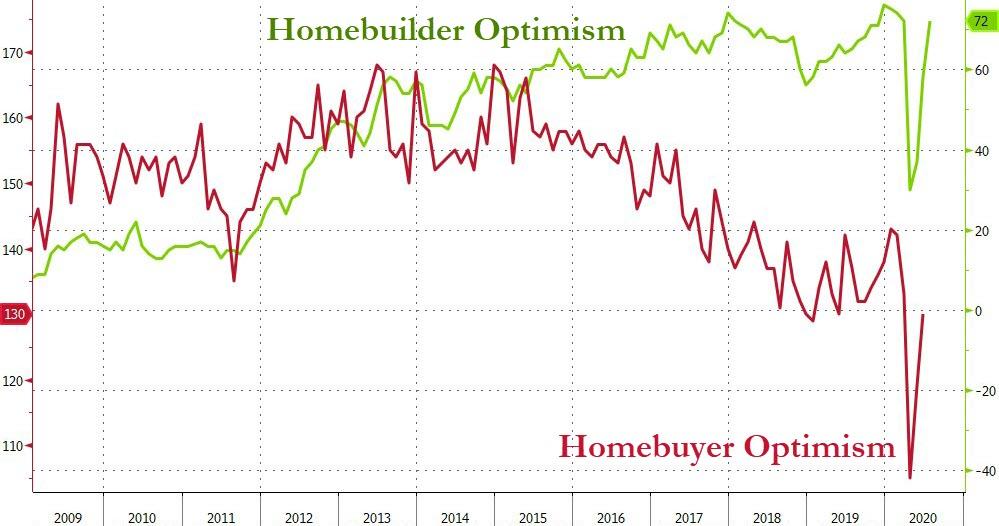 More in this category: « Medill News Service: Canada’s appeal to tech startups grows in wake of Trump suspending H-1B visas BookWatch: Here’s how to be that ‘go-to’ person on the job — even if you’re working from home »