President Obama sure did take a long time to finally endorse Joe Biden for his 2020 run. The world couldn't help but notice that Biden's former partner in crime didn't exactly hop at the chance to endorse Biden after it was clear that Biden would be the Democratic candidate for 2020. 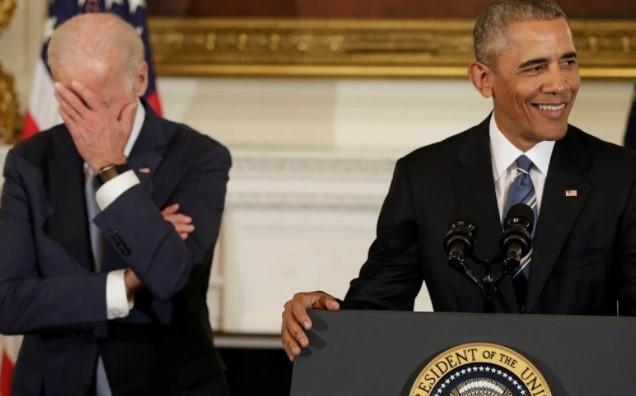 President Obama has "privately expressed grave concerns" about Biden's run for the White House, according to a stunning new report from Politico. Obama reportedly said of Biden:

Despite the endorsement and the former Obama administration painting a rosy picture of the relationship between the two, the Post describes their relationship as being "fraught with tension".

“You could certainly see technocratic eye-rolling at times.”

The attitude reportedly is what led Obama to endorse Hillary Clinton, instead of Joe Biden, in the 2016 Presidential race.

“The president was not encouraging,” Biden said of Obama's support in 2016.

And while Obama was keeping his distance from Biden after his 2020 announcement he was "talking him down" behind the scenes.

Obama finally caved and endorsed Biden in April of this year, stating:

“I believe Joe has all the qualities we need in a president right now. He’s someone whose own life has taught him how to persevere,”

But speaking about Biden's presence in Iowa during the caucuses Obama said:

“You know who really doesn’t have...

More in this category: « Where Should I Retire?: I’m a ‘young 68’ with $3,200 a month in Social Security and don’t want it taxed — where should I retire north or west of Colorado? Key Words: Fauci: Fox News’s Tucker Carlson ‘triggers some of the crazies’ »