The Internet Party One citizen... one vote... zero government interference.
updated 10:50 PM, Nov 26, 2020 UTC
Headlines:
Food banks feel the strain without holiday volunteer: America's food banks are sounding the alarm during this unprecedented holiday seas
Top Republicans praise Trump's Flynn pardon: Top House Republicans praised President Trump on Wednesday for pardoning former na
Tensions rise over housing of migrants on Spanish is: BARCELONA, Spain (AP) - The mayor of a town hosting many of the Africans arriving
NewsWatch: Legendary investor called this stock mark: Jeremy Grantham, co-founder and chief investment strategist at Boston-based money
Mom arrested for abandoning her son, 4, at skating r: Texas mother Jennifer Frenchmeyer has been arrested for abandoning her son, 4, lea
Beware a Thanksgiving mirage: Don't be surprised if COVID metrics plunge over the next few days, only to spike n
This Has To Be A Joke, Because If It's Not... Tyler Durden Fri, 08/28/2020 - 10:15

After thinking about it all day, I’m still not quite sure this isn’t a joke; a high-brow commitment of utterly brilliant performance art, the kind of Four-D masterpiece of hilarious deception that Andy Kaufman would’ve gone nuts over. I mean, it has to be, right? 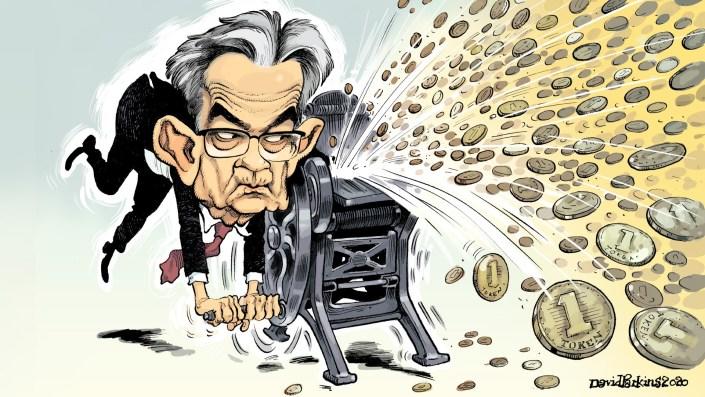 There’s a lot that needs to be said about it, and I’ve already written countless times about the puppet show – including specifically symmetry. That’s really all the Chairman said today in Wyoming, the same thing that had been added to the monetary policy statement, and therefore their guiding mandates, all the way back in early May 2018.

A long run average inflation target is no different than the medium-term inflation symmetry which first appeared in the official language at a pretty momentous time in recent history.

Within six weeks, not even two f-ing months, of making a big deal out of symmetry, by mid-June 2018 the eurodollar futures curve had inverted and rather than the economy sailing off into the inflationary acceleration symmetry was invented to invite, more and more markets and data revealed how the economy had already transitioned into the opening stages of globally synchronized downturn.

Four months after symmetry’s introduction, the landmine hit and it was quietly forgotten. They can make promises whatever they like, policymakers never deliver the smallest bit on any of them. 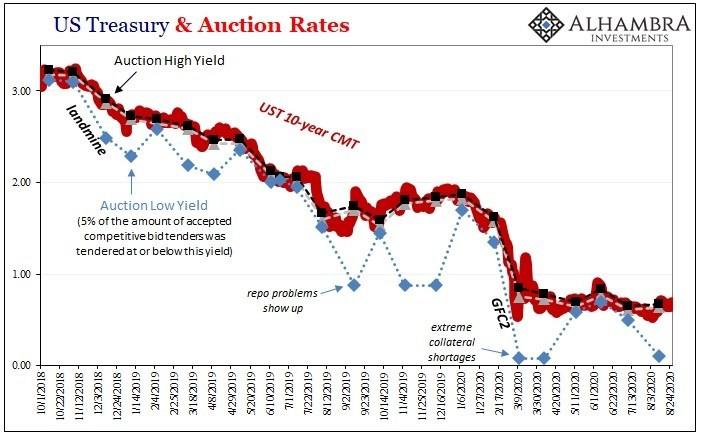 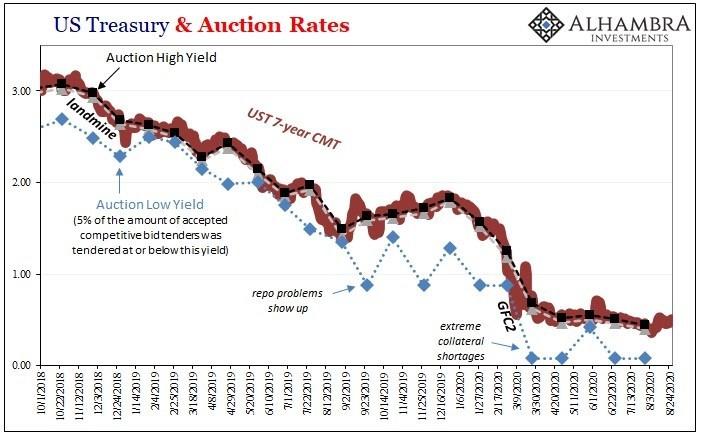 And that’s why it necessitates these kinds of grand strategy reviews; successful policy doesn’t need any.

More in this category: « Where Should I Retire?: We want upscale shopping and less extreme weather than New Jersey for $7,000 a month — where should we retire? 5 things to know about Tesla ahead of its 5-for-1 stock split »