CNN, the network that for the best part of 3 years pushed the conspiracy theory that President Trump colluded with Russia, and attacks Trump constantly every day, is now complaining that it isn’t fair that the network hasn’t been chosen to host a Presidential Debate. 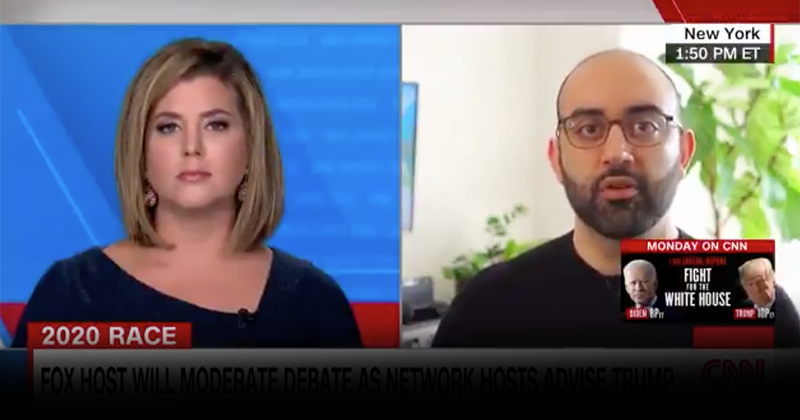 “The debate commission giving the September 29th face-off to Fox despite propaganda, dishonesty, and the fact that some Fox hosts advise President Trump,” Keillar added.

Reporter Oliver Darcy then joined Keillar, and the pair whined about how biased toward Trump Fox News is (even though Trump says almost every week that Fox News is unfair to him).

Yes, Chris Wallace is a great anchor. But his network has pushed disinfo, conspiracy theories & outright lies in support of the President. And by giving Fox the first debate, the Commission on Presidential Debates is rewarding one of most destructive forces in American politics. pic.twitter.com/xOrEaGmllr

“You have to keep in mind that the network he [debate host Chris Wallace] works for has pushed propaganda, has pushed disinformation, has trafficked in lies,” Darcy proclaimed.

He then made perhaps the most hypocritical statement possible, “Their star hosts have made discrediting other news organizations and journalists a core tenet of their programs.”

This is coming from CNN, the network that literally lobbies tech companies...

Read 289 times
Tweet
Published in Economics
More in this category: « Just $5 and an iPhone can open the door to investing in the world’s rarest fine wines The Tell: The only path to a sharply higher stock market ‘is a bubble like the late 1920s and 1990s,’ says analyst who called rally off March lows »
back to top