The Internet Party One citizen... one vote... zero government interference.
updated 4:26 PM, Oct 24, 2020 UTC
Headlines:
Two Loeffler staffers test positive for COVID-19: Sen. Kelly Loeffler (R-Ga.) has tested negative for coronavirus after two of her s
Recent College Grads Face Worst Employment Prospects: Recent College Grads Face Worst Employment Prospects In Decades Thanks To COVID-19
The twisted sex lives of Nazis — and the women who: Inside the twisted sex lives of Hitler’s top Nazis — and the women who adored
Finger-pointing picks up in COVID-19 relief fight: The blame game is heating up as it becomes increasingly clear there will be no new
The Ratings Game: Intel’s problems ‘are likely j: Revenue and earnings beats for the third quarter weren't enough to engender much g
Democrats, gun control groups attack NRA for efforts: Sens. Richard Blumenthal (D-Conn.) and Sheldon Whitehouse (D-R.I.) called out the
Trump To Make Supreme Court Nomination Friday Or Saturday Tyler Durden Mon, 09/21/2020 - 10:10

PJMedia.com's Matt Margolis reports that  during an exclusive interview on Fox & Friends Monday morning,  President Trump revealed that his list of potential Supreme Court nominees to fill the vacancy left by Ruth Bader Ginsburg has been narrowed down to five and that he’ll announce his choice Friday or Saturday. 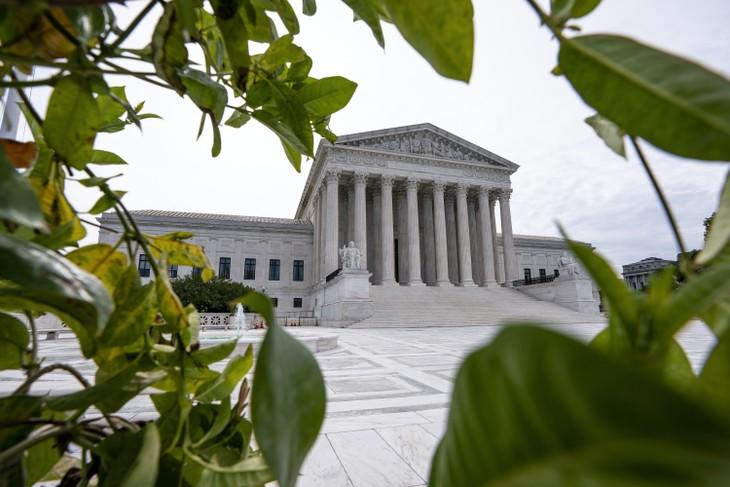 “The bottom line is we won the election, we have an obligation to do what’s right and act as quickly as possible,” Trump said.

“I think it will be on Friday or Saturday and we want to pay respect. It looks like we will have services on Thursday or Friday, as I understand it, and I think we should, with all due respect for Justice Ginsburg, wait for services to be over.”

As we previously detailed, the president’s list has likely been narrowed to two leading candidates, according to people familiar with the matter: federal appellate judges Amy Coney Barrett of the Seventh Circuit, in Chicago, and Barbara Lagoa of the 11th Circuit, in Atlanta.

More in this category: « Key Words: That travel ban Trump touts? Bill Gates says it made the pandemic worse In One Chart: Wall Street home loans aren’t looking great in this crisis »