Authored by 'sundance' via TheConservativeTreehouse.com,

CBS News Catherine Herridge has obtained a 94-page spread sheet (pdf here) showing dates of media reports, dates of Steele reports on the same material, and the FBI effort to verify or validate the circular process.   In essence this is evidence of the process we initially shared almost three years ago; only now we know the names. 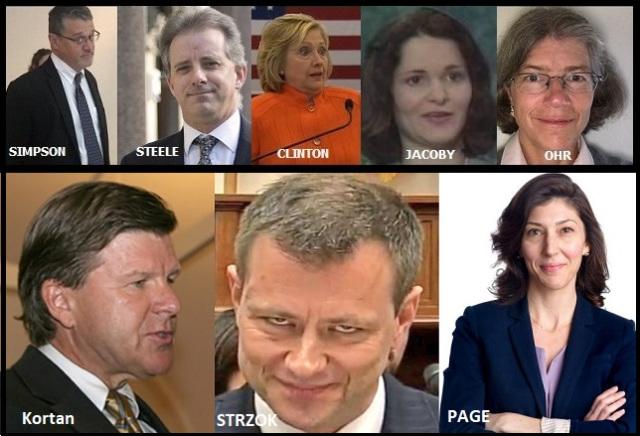 Steele then used the same information from Jones and Fusion in his Dossier and cited the planted media reports; as evidence to substantiate.  The Dossier is then provided to the FBI.  The journalists then provide *indulgences* to the FBI as part of the collaboration.

The FBI, specifically Lisa Page, Peter Strzok and public information office Mike Kortan, then leak the outcomes of the FBI Dossier investigative processes to the same media that have reported on the originating material.   It is all a big circle of planting and laundering the same originating false material; aka a “wrap up smear.”

Michael Isikoff highlighted the level of how enmeshed media is with the Fusion team in February 2018 ...

More in this category: « Realtor.com: Tom Brady is reportedly closing on a mansion in Flordia — take a look inside Apple’s iPhone 12 is here and it has 5G connectivity. Read this before rushing to buy one »