Headline UMich sentiment rose in preliminary October data to its highest since March driven by a continued bounce in 'hope' (expectations) offsetting a surprise stumble in current conditions. 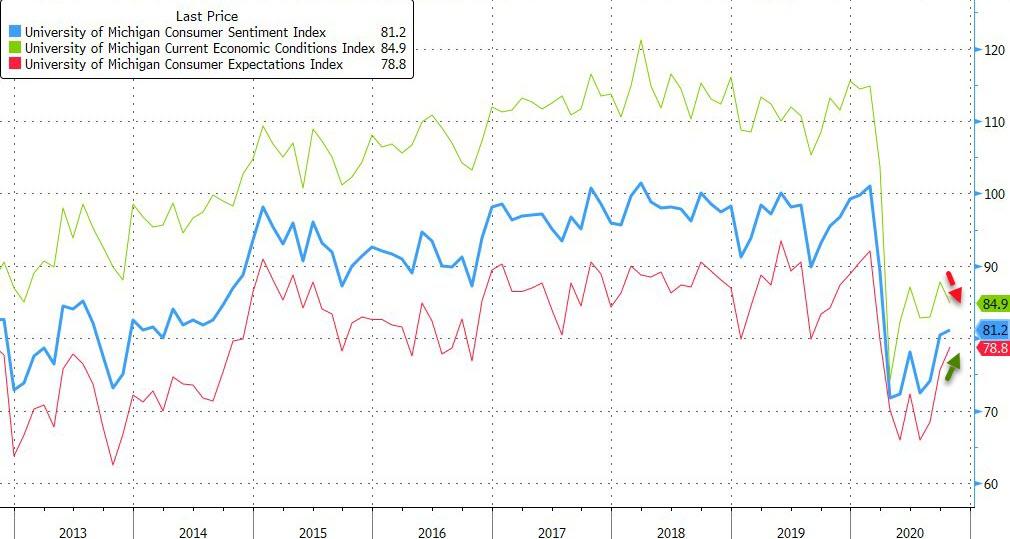 While the result indicates pessimism about the future has diminished a bit, views of buying conditions for durable goods worsened in the survey, pointing to slightly less appetite for big-ticket purchases ahead of the holiday shopping season. In addition, the gap between Democrats and Republicans on sentiment remained wide.

“Slowing employment growth, the resurgence in Covid-19 infections, and the absence of additional federal relief payments prompted consumers to become more concerned about the current economic conditions,” Richard Curtin, director of the survey, said in a statement.

“Those concerns were largely offset by continued small gains in economic prospects for the year ahead.”

UMich had a special question in their survey: How much has the presidential electioneering influenced this twist in consumer sentiment?

Consumers were not asked whom they will or had voted for or their preference, but who they expected to win the election to determine the election's potential influence on economic expectations. Among all consumers, Biden's advantage in early October grew to 7 from 1 percentage point in the July to September surveys (see the chart). 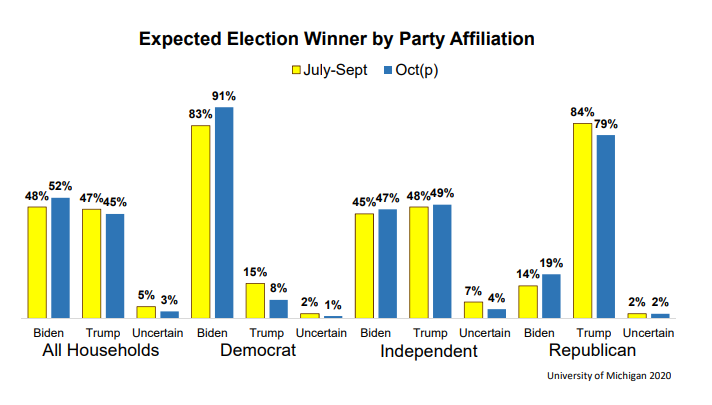 Most elections are decided by those who are...

More in this category: « Key Words: ‘Young, dumb’ traders have created a ‘total nightmare’ in the stock market, fund manager warns : What will put the final nail in the fiscal stimulus coffin? The calendar, maybe »