Just like their forebears (the millennials who graduated from college between 2008 and 2012) it appears Gen Z is facing a labor-market shock of serious magnitude, spurred by the coronavirus pandemic and its attendant impact on the American economy, swelling the unemployment rolls while also disrupting the typical pipeline of internships and entry-level gigs that usually help students find permanent entry-level jobs. 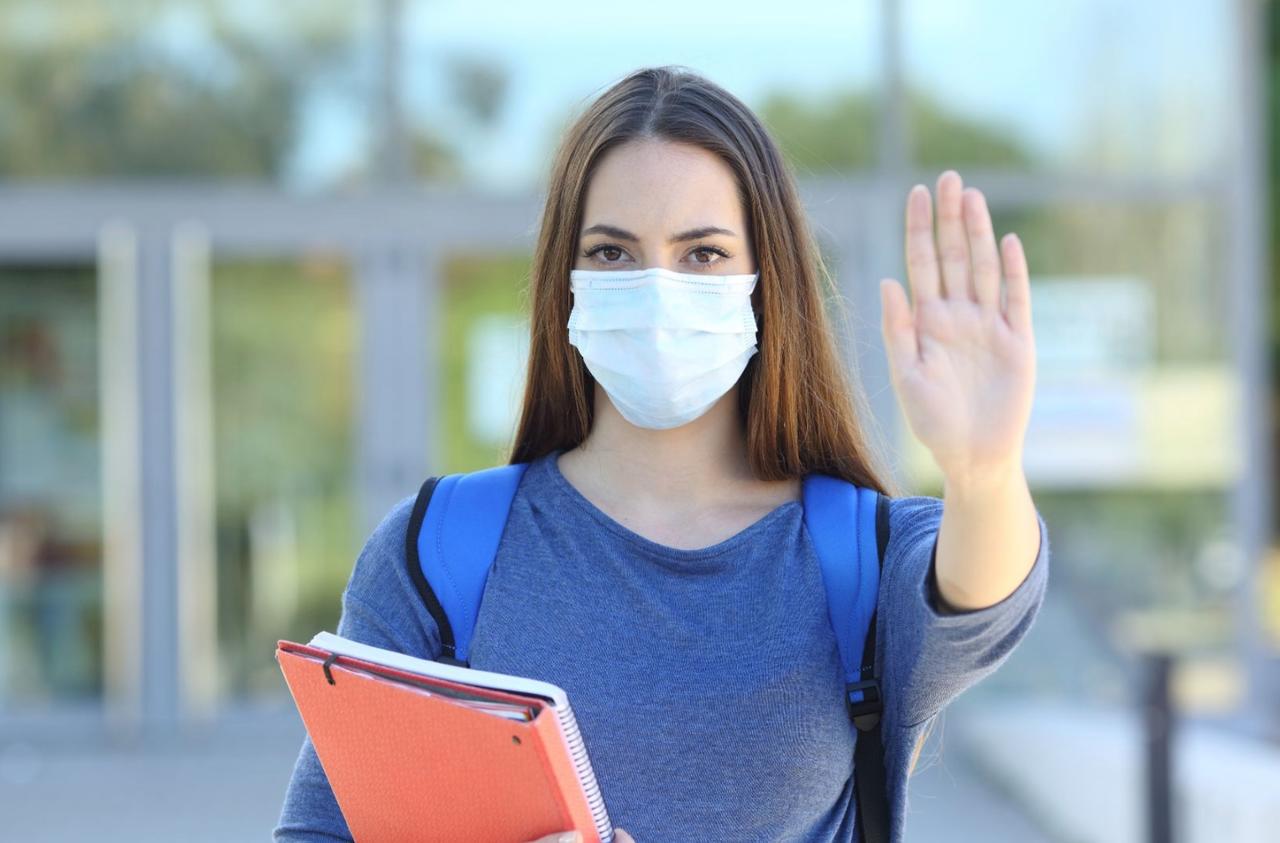 In a report published Friday morning, Bloomberg illustrated the difficulties faced by college graduates, and students in their early 2020s, who have just seen their job market plans go up in smoke. Data released yesterday showed the number of Americans filing for the first time for unemployment benefits fell to 787k (870k exp), the lowest point since lockdowns began. 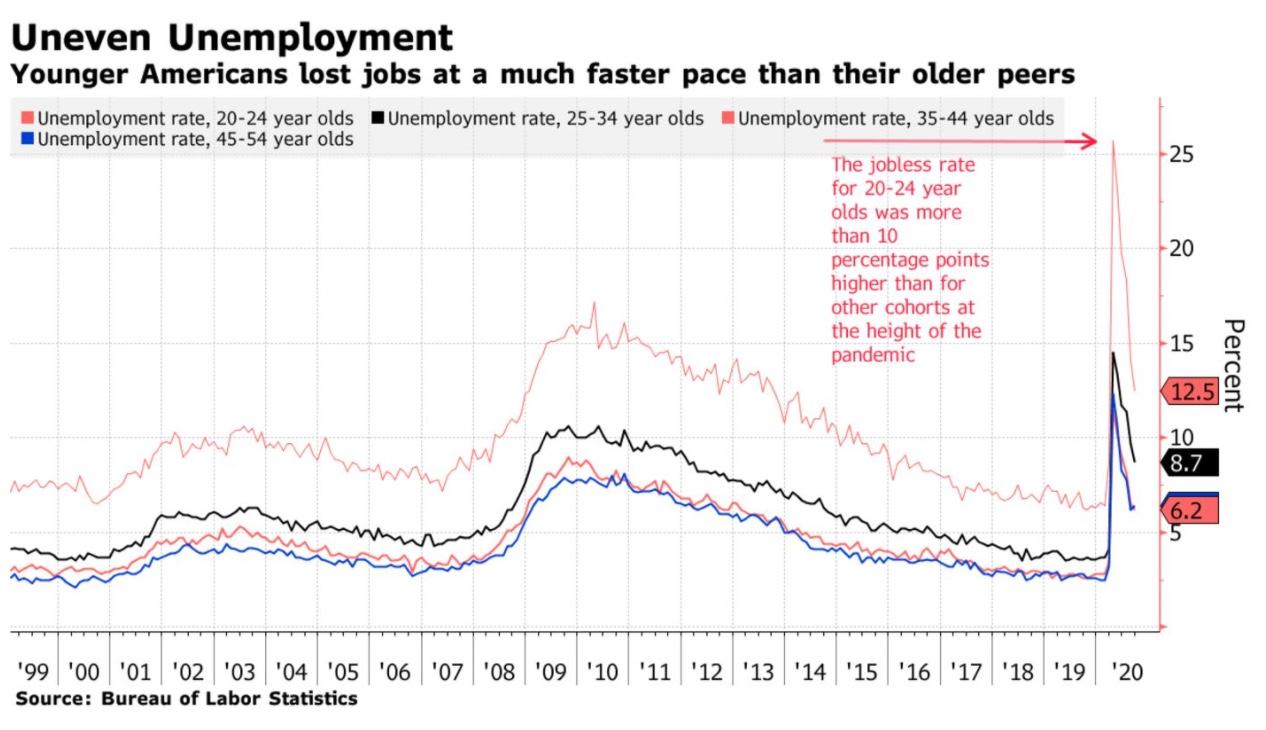 But even worse for young people, the unemployment rate for those between 20 and 24 climbed to 12.5% in September, the highest among all adults. Joblessness peaked at nearly 26% in April at the height of the pandemic, which was 4x the level two months earlier, a bigger jump than in any previous recession going  back to 1940.

Following on from this, recent college graduates during the worst of COVID-19 saw unemployment peak at 20% in June, the highest of any age group with at least a bachelor's degree.

That's compared with a 13% peak during the years immediately after the financial crisis.

Young people without college degrees fared just as badly, as workers under the age of 20 saw an even larger spike in unemployment. 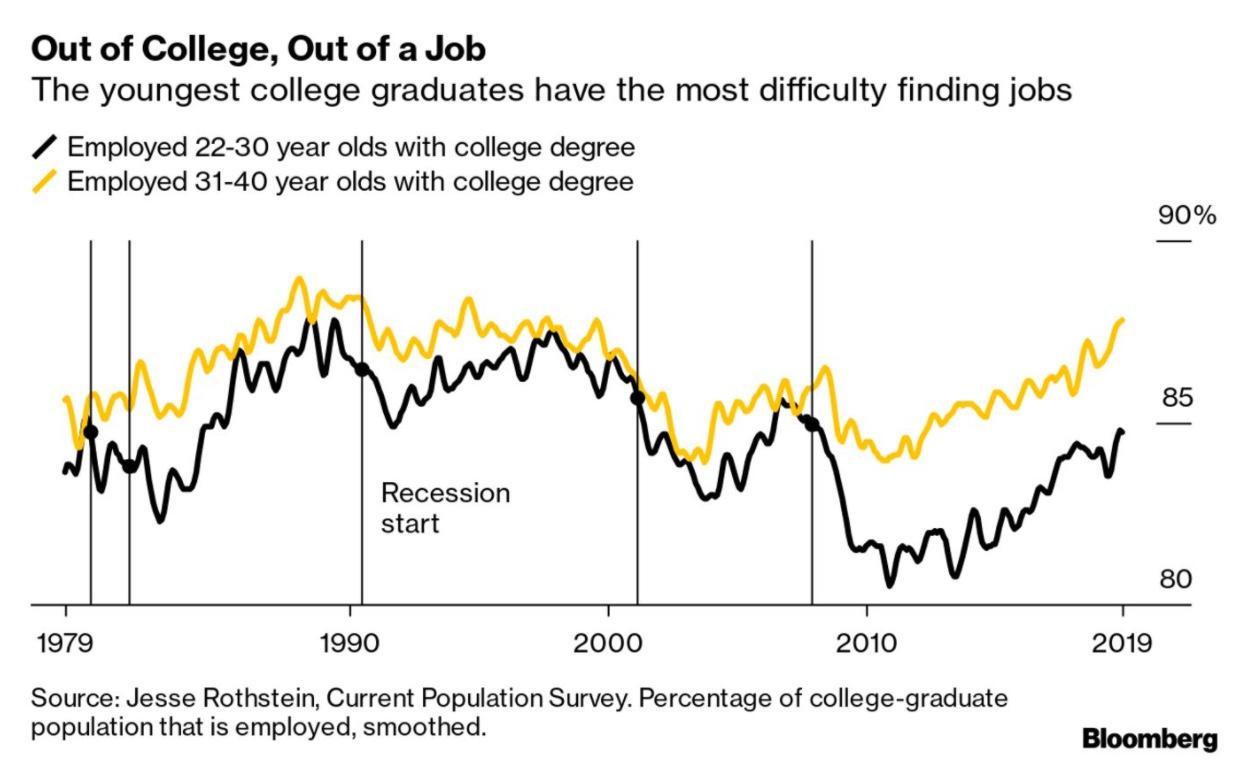 Bloomberg interviewed Tessa Filipczyk, a young recent college graduate, who hoped to kick-start her career in marine and coastal...