The Internet Party One citizen... one vote... zero government interference.
updated 10:51 PM, Nov 29, 2020 UTC
Headlines:
Kushner to visit Saudi Arabia and Qatar seeking deal: Jared Kushner will travel in the coming days to Saudi Arabia and Qatar in a last-d
Democrats were united on top issues this Congress : Speaker Nancy Pelosi (D-Calif.) and House Democrats will enter the next Congress w
Ex-Joint Chiefs chairman: Trump administration hampe: The Trump administration is actively seeking to push key issues within the Pentago
Key Words: Trump blames his loss on ‘big massive d: "I was called by the biggest people saying congratulations, political people," Tru
Congress set for chaotic year-end sprint: Congress is set for a chaotic two-week sprint as lawmakers try to wrap up their wo
"Trust Me I'm A Doctor" - Britain's Most (& Least) R: "Trust Me I'm A Doctor" - Britain's Most (& Least) Respected Professions Tyler Dur
Van Full Of Explosives Discovered In Philly On Third Night Of Rioting Tyler Durden Thu, 10/29/2020 - 10:15

Police in Philadelphia discovered a van packed with explosives and other “suspicious equipment” as a third night of rioting and looting gripped the city on Wednesday. 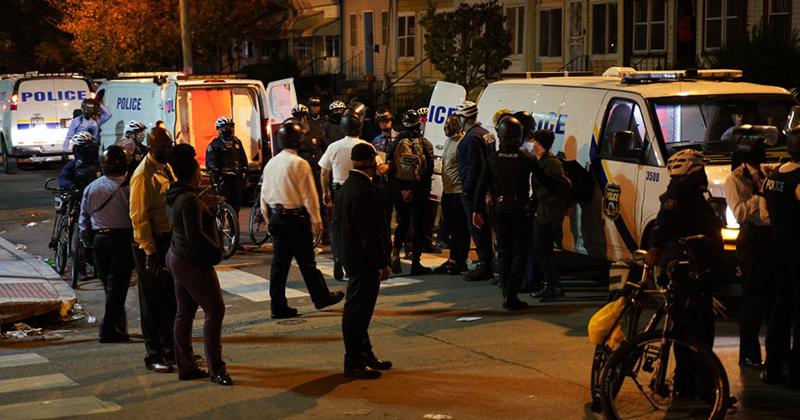 The report adds that “The bomb squad is on the scene at this hour.”

The development comes after President Trump claimed police were told to “stand back” and not stop looting and rioting.

TRUMP: "I went to school in that city. I love the city of Philadelphia. You can't let that happen to a wonderful place like Philadelphia. " pic.twitter.com/XHaa55OASV

Philadelphia Mayor Jim Kenney blasted the crime wave Wednesday, noting that “The looting that has taken place is distressing.”

“It is clear that many of these folks are taking advantage of the situation, harming our businesses and communities, and doing a great disservice to those who want to protest the death of Walter Wallace, Jr.,” Kenney added....