The International Organization of Vine and Wine (OIV) released its global wine production report, warning that after the high production year of 2018, for the second consecutive year, wine production volume will be below average, due to low volumes from South America and European output caps following the virus-induced downturn that crippled sales.

Roca said the pandemic worsened geopolitical tensions, and in some regions, led to tariffs, and a decline in international trade. He said lockdowns and other social distancing measures limited the flow of goods through cities and towns, along with hindering flows on an international basis, adding that the disruption led to disorder in distribution channels, limited production at wine-making facilities, and also resulted in inventory builds.

"The situation differs from country to country depending on the length of lockdown measures, the consumption habits of the population and the elasticity of the substitution between wine and other beverages, and also the relevance of the regular channel or the development level of the eCommerce channel," he said.

"After the exceptionally high production in 2018, for the second consecutive year global wine production is expected to be below-average." 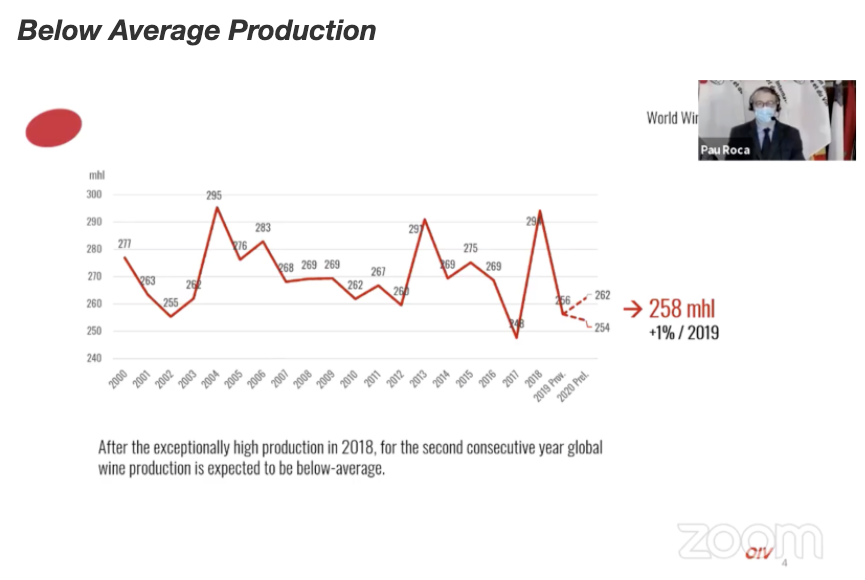 In terms of supply, Roca said the current situation is not entirely "bad news" given the abundance of worldwide inventory:

"This is not necessarily bad news for the...

More in this category: « Economic Preview: Next week will be full of key U.S. economic insights and Fed decisions overshadowed by the elections The Margin: ‘I love Texas!’ President Trump cheers on supporters as they swarm Biden bus — now the FBI is involved »