First Ted Cruz, then Fort Bragg Army Base's Twitter account, and now Pope Francis: Vatican officials say they are investigating how it was that the Supreme Pontiff's Instagram account "liked" a racy photograph of a Brazilian bikini model.

The Vatican admitted that the unintentional "like" did occur of the image which is clearly sexually suggestive given the model has her bum on display. And in perhaps a worse irony for the scandal-racked Roman Catholic Church, the model is donning a skimpy "naughty school girl" outfit. 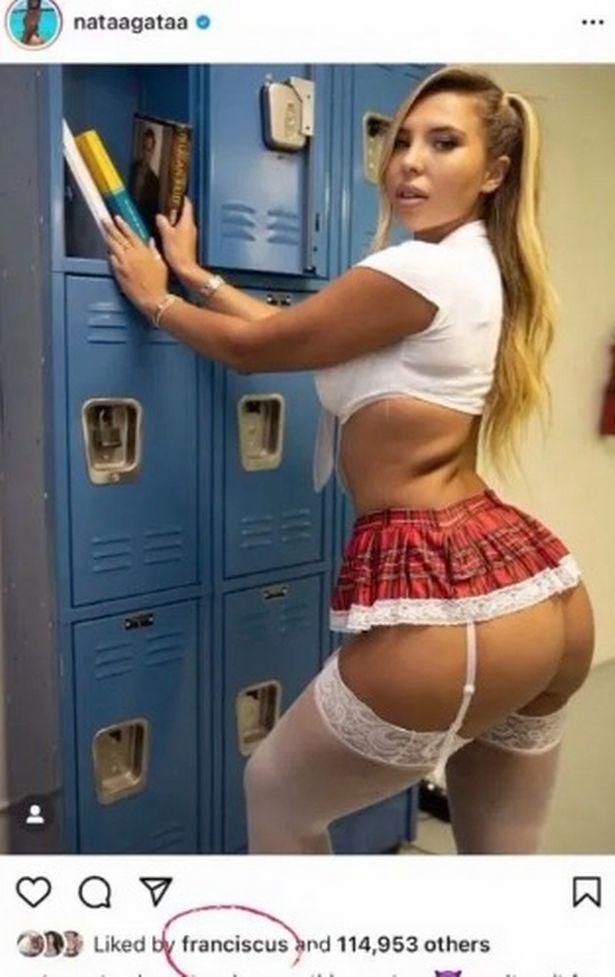 The officially verified @Franciscus account removed the Instagram "thumbs up" of the suggestive pic a full one day later. "The issue is currently being investigated in close contact with Instagram," a Vatican spokesperson said to AFP.

The Vatican says it has a social media team which posts and generally updates the pope's Instagram and other social media accounts on his behalf.

they caught The Pope in 4K pic.twitter.com/nvkzekdkHM

It remains that the official Vatican social media accounts, including on Twitter, typically do not "like" or follow other profiles, which is in part how a fan of the Brazilian model caught it:

Natalia Garibotto, 27, posed in a white cropped top, suspenders, and the smallest of tartan skirts for a naughty school girl picture that was given the thumbs up by the official @Franciscus account last week.

"I'm going to heaven," the blonde model tweeted after an eagle-eyed fan snapped a screenshot of the "like".