AstraZeneca's announcement that its adenovirus-vector vaccine is roughly 70% effective (which followed an announcement claiming the vaccine is safe and effective in the elderly) failed to impress investors, as Astrazeneca shares tumbled on the news in premarket.

But AZ shares took a second leg lower on Monday when a health-care analyst dropped some damning commentary that has caught the market's attention. 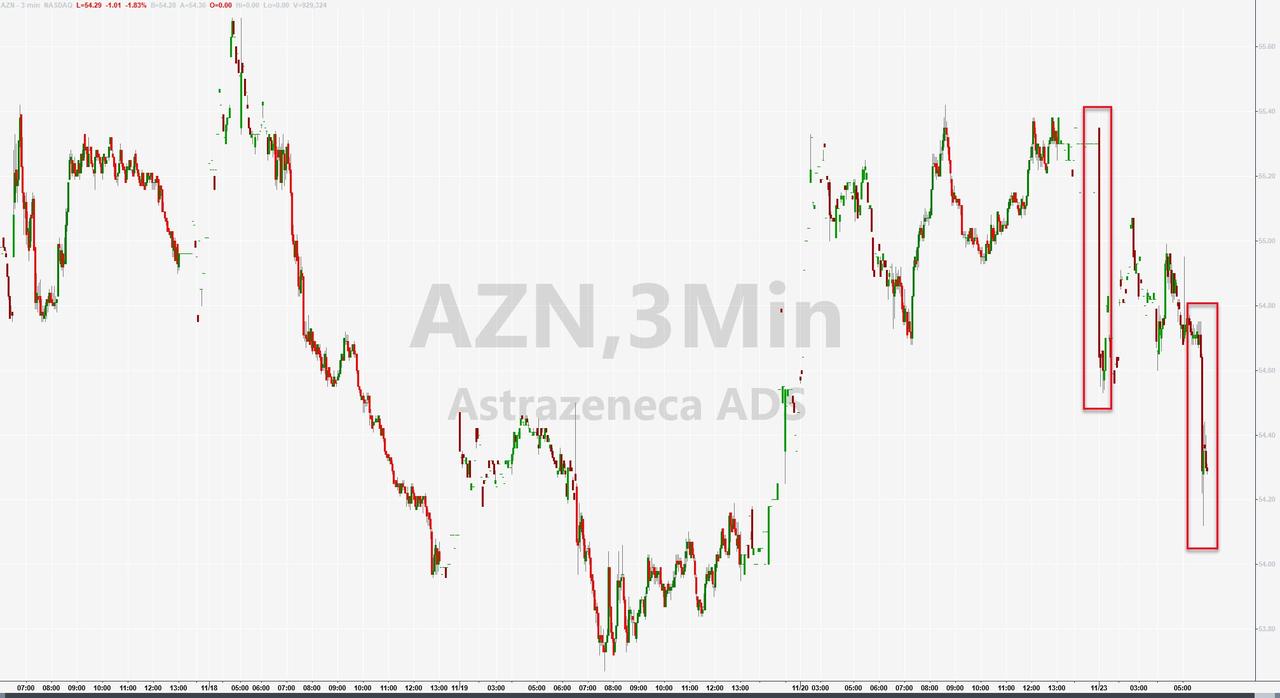 SVB Leerink analyst George Porges said Monday that the company is likely to be roundly criticized for its disclosure, since the safety disclosure simply stated that "no serious safety events related to the vaccine have been confirmed", as well as for its results, which the company "tried to embellish" by highlighting a reported 90% efficacy in the relatively small sub-set of subjects in the study who received the modified initial vaccination followed by the "full dose" four weeks later.

At the very least, more testing will likely be needed on subjects who receive the half-dose first.

There were a lot less people given the half-dose first. Another full test focusing solely on that dosage needs to be done to verify numbers.

Porges believes that this product will never be licensed in the US due to the design of the company's trials and the occurrence of severe safety events...

More in this category: « The Global Cost Of The COVID Pandemic : Boris Johnson announces cautious Christmas easing of COVID lockdown, as Emmanuel Macron prepares to do same in France »