"Trust Me I'm A Doctor" - Britain's Most (& Least) Respected Professions

So goes the well-worn phrase, and as survey by Ipsos MORI reveals, medical professionals are indeed the most trusted group in Britain. A convincing 93 percent said they think nurses are trustworthy, followed by doctors with 91 percent and engineers with 89 percent.

But, as Statista's Martin Armstrong points out, at the bottom of the pile are advertising executives who enjoy the trust of only 13 percent of the population - outdoing even politicians in terms of distrust. 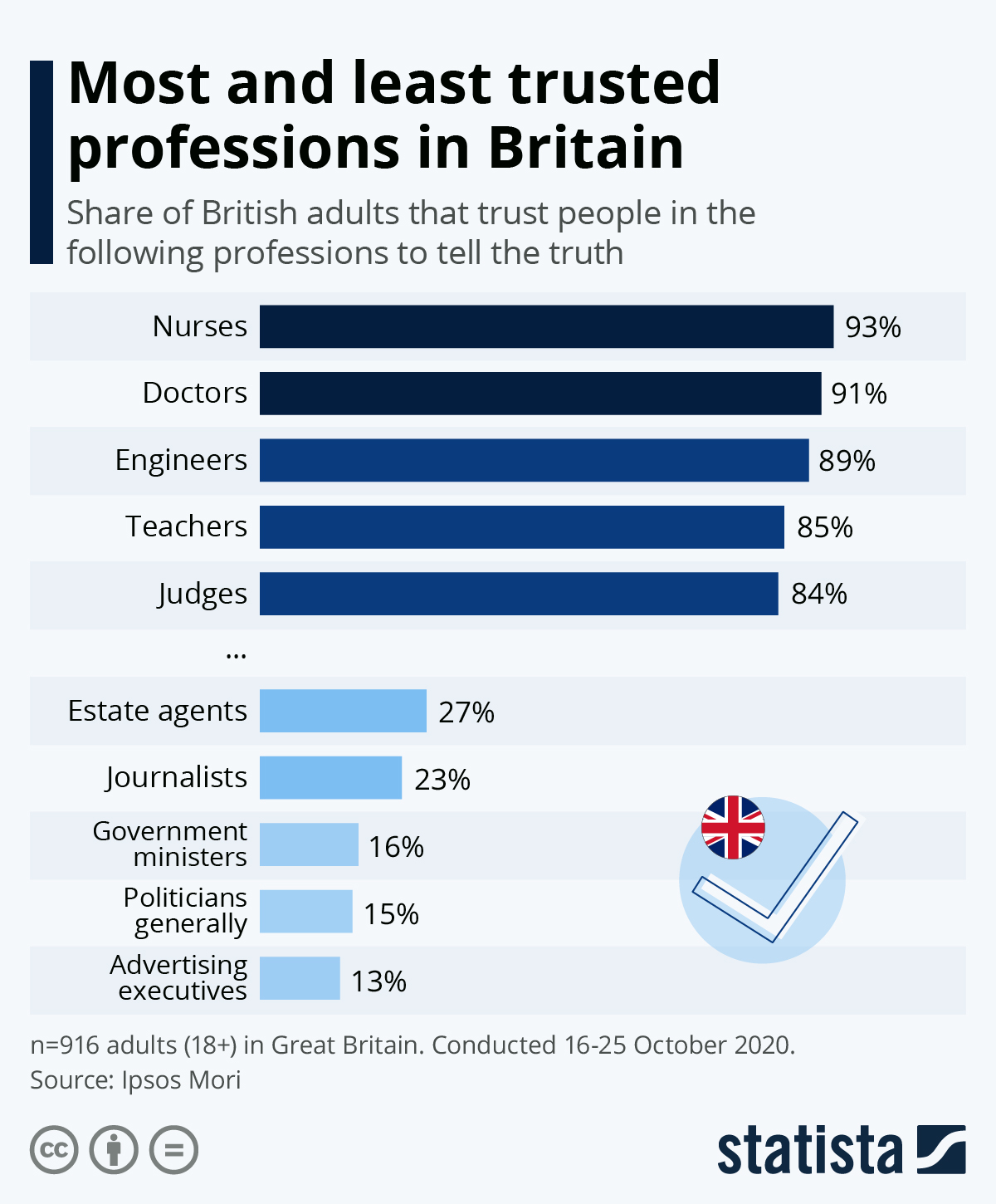 In the era of so-called 'fake news', journalists also make an appearance at the latter end of the list with a score of just 23 percent....

Read 262 times
Tweet
Published in Economics
More in this category: « Key Words: Man who called Dow 20,000 says 3 factors will make 2021 ‘a very good year’ for stocks Key Words: Trump blames his loss on ‘big massive dumps’ — and is now reportedly planning to kick off a 2024 campaign during Biden’s inauguration »
back to top