Anomalies In The Capitol Melee

Authored by Jacob Hornberger via The Future of Freedom Foundation,

Somebody needs to get a memo to the FBI and the U.S. Attorneys in charge of arresting and prosecuting the people involved in the January 6 melee at the Capitol.

At this point, all I see is that these people are being charged with offenses like trespass, disorderly conduct, and theft.

Judging by what leftists are saying and what the mainstream press is reporting, these people should be charged with treason, insurrection, revolution, rebellion, invasion, terrorism, and an attempt to violently overthrow the government of the United States.

How come the Justice Department doesn’t realize that, at least not yet? 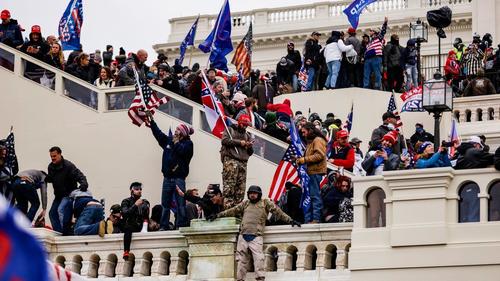 In fact, I’m surprised that leftists and the mainstream press aren’t insisting that all the protestors, including those on both the inside and outside of the Capitol, be charged with a gigantic conspiracy to violently overthrow the U.S. government. Maybe they’re concerned about being labeled “conspiracy theorists.”

One of the fascinating aspects of this supposed attempt to conquer the U.S. government is the small amount of bloodshed. In fact, only one person was shot during the melee.

That’s incredible. Wouldn’t you think that revolutionaries would enter the Capitol with all guns blaring, including M-16s, AK-47s, and Glock semiautomatic handguns?

Well, the left has an explanation for this phenomenon: Washington, D.C.’s, strict gun control laws. You see, the idea is that the reason that the revolutionaries didn’t commit a mass killing in the Capitol, like at Columbine, was because D.C.’s gun-control laws prohibit people from openly carrying guns.

Don’t believe me? Take a look at this article by one Kevin Cullen, a columnist for the Boston Globe. According...

Read 203 times
Tweet
Published in Economics
More in this category: « : Open all hours: Round-the-clock vaccination sites to be piloted in England in COVID-19 drive : Avocado price drop drives down Mission Produce revenue »
back to top