More than two months have passed since HMG fist authorized the Pfizer-BioNTech COVID-10 vaccine to be administered to patients under 'emergency use' guidelines after reviewing the scant Phase 3 trial data produced by the UK government's drug regulator.

And while the British government has won plaudits in the media - including from the Financial Times, London Times, and most of the other big British newspapers - for the speed of its vaccination campaigns, unfortunately, they have done little to put a dent in the number of hospitalizations, while the number of Brits dying every day from the virus has reached its highest level yet, something that scientists have widely blamed on the new hyperinfectious variant currently widespread in the UK. 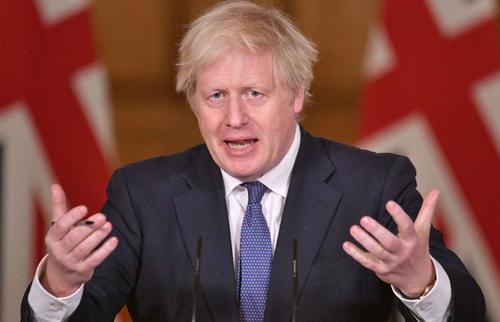 Now, while PM Boris Johnson has repeatedly promised not to pass legislation forcing Britons to accept the vaccine, the conservative PM has just shot down another "liberal" strategy that some BoJo aides believed would encourage more Britons to get the shot, even if they didn't want to. That strategy is essentially bribing those who do choose to accept the vaccine with a £500 ($683.6) payoff.

According to the Independent, HMG has always kept this policy under review. However, they ultimately concluded that existing schemes were more than enough.

“We always had the £500 support payment for those that are on certain benefits,” he told the BBC. “We have always kept this under review and we know that it is sometimes quite challenging to ask people to isolate for that length of time.

“At the moment we are in full lockdown anyway so while people can leave to work, in many cases people will be staying...