A battle is raging in Europe over the safety of vaccines on Friday. As the EMA insists that the AstraZeneca's COVID vaccine was safe, before approving it for everyone over 18, French President Emmanuel Macron has just expressed serious doubts about the jab's efficacy, just as Europe's second-largest economy is supposedly struggling to convince citizens to take the vaccine. 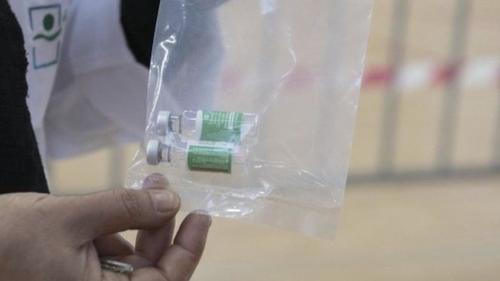 Just before the EMA's expert committee unanimously recommended the vaccine to be used on all adults over 18, concerns were raised this week that not enough data exist to prove that the vaccine works in older people, and those concerns were amplified by Macron, much to the chagrin of some fellow EU leaders.

"The real problem with AstraZeneca is just that it doesn’t work as expected, because there we have very little information," Macron told a group of foreign reporters at the Elysée Palace on Friday.

The comments come after days of Brussels pushing back against AstraZeneca and other vaccine makers' delays in delivering the vaccines, even as skepticism of their efficacy remains widespread, especially in France and Germany.

The AstraZeneca jab is only the third given the greenlight by the EMA, after the Pfizer and Moderna jabs.

Europe still approved the jab on Friday, despite widespread doubts and criticisms about whether it's efficacy. Too many bureaucrats were apparently anxious of the delay in the bloc's decision to approve and roll out the vaccines. Even the mainstream press acknowledged that "concerns" had been raised about the vaccine's use in elderly patients.

The trials upon which the EMA based its decision found that the AZ vaccine was roughly 60% effective....

Read 197 times
Tweet
Published in Economics
More in this category: « : Why Facebook is considering an antitrust lawsuit against Apple The Moneyist: My sister is a single mother and thinks ‘squatter rights’ is the way to secure housing in the pandemic. What can I do? »
back to top