Could it be deja vu all over again?

The same ride sharing services that are constantly doing battle in the U.S. about whether or not they should be hiring their workers - a move that would cripple their cost structure and any hopes of future profitability for their respective businesses - are now fighting the same battles about their food delivery workers.

This time, the venue isn't California; it's Milan, where prosecutors said last week that four major food delivery companies had to officially hire more than 60,000 workers and pay 733 million euros in fines after investigations showed that working conditions for the delivery-people were inadequate, according to Reuters.

The investigation had been ongoing since July of 2019 after there were a "number of road accidents" involving delivery drivers. The investigation looked specifically at Spanish food delivery app Foodinho-Glovo and the Italian divisions of Uber Eats, Just Eat and Deliveroo. 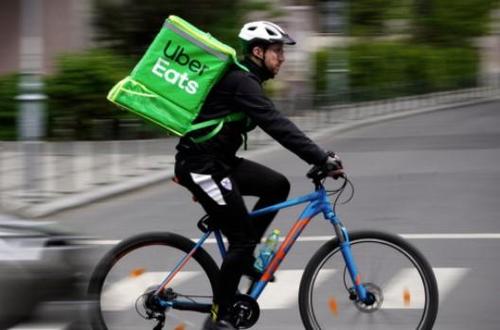 Deputy Prosecutor Tiziana Siciliano said this week: “The vast majority of these riders are employed with occasional self-employment contracts ... but it emerged without a shadow of a doubt that ... they are fully included in the organization of the company.”

Prosecutors also found that workers were being managed by an IT platform that was rating them on their performance. Siciliano commented: “This system actually forces the rider to accept all orders in order not to be demoted in the ranking and then have less work. This is the reason why it is impossible to take holidays or sick leave.”

The companies are being asked to pay the riders overdue contributions and to provide their riders with adequate equipment, like bicycles and clothing. Uber Eats, Foodinho-Glovo and Deliveroo said...

More in this category: « Dispatches from a Pandemic: ‘It feels predatory’: 6 million people are not eligible for a COVID-19 pause on student-debt payments — even if they work in public service : ‘They can’t coerce the states into doing anything:’ Biden does NOT have the power to enforce in-person learning at K-8 schools — here’s why »