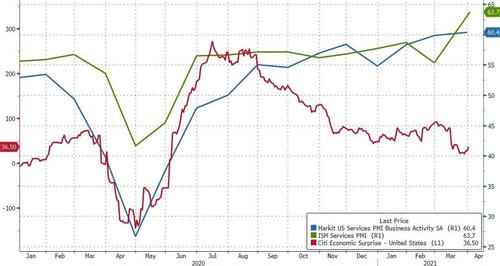 Comparing all the surveys 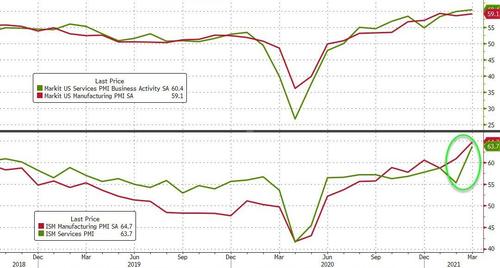 All seven broad categories monitored by the US Sector PMI series registered an increase in output during March and a similar pattern was seen for incoming new work. 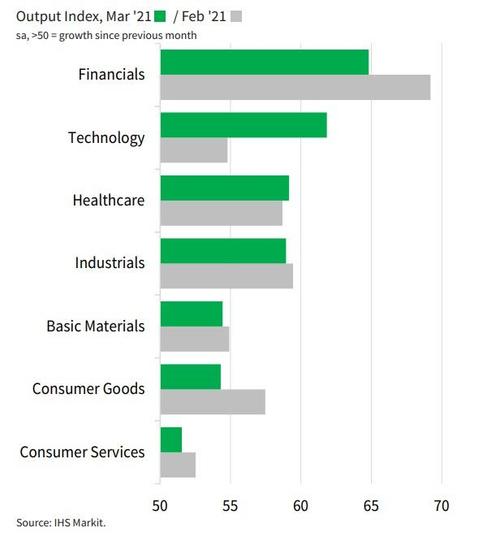 Employment growth continued in six of the seven categories, with consumer services the only exception. Meanwhile, strong cost pressures persisted in March, led by a survey-record rise in input prices across the basic materials category.

On the price front, input costs soared in March.

The rate of inflation accelerated to the fastest since data collection for the services survey began in October 2009. Anecdotal evidence widely linked the uptick in costs to higher prices for key inputs such as PPE, paper, plastics, fuel and transportation. Subsequently, firms sought to pass on higher costs to clients through a sharper rise in selling prices. A number of companies also stated...

Read 185 times
Tweet
Published in Economics
More in this category: « The Moneyist: I’m 60 and lost my job due to COVID-19. My husband makes $150K. We saved $1.3 million. Do I resign myself to early retirement? : Old Navy has launched a women’s underwear collection »
back to top