Currently, the only global nuclear-armed powers with a "no first use" (NFU) nuclear policy are China and India. According to the working common definition, "A no-first-use policy means that the United States would pledge to use nuclear weapons only in retaliation for a nuclear attack."

Going back to the Cold War the United States has consistently resisted implementing a no first use nuclear policy, stating it "reserves the right to use" nuclear weapons first in a conflict scenario, which was reaffirmed most recently in its Nuclear Posture Review in 2010.

And now Democratic lawmakers have reintroduced a bill in the House and Senate on Friday that seeks to prohibit the US from using nuclear weapons first. 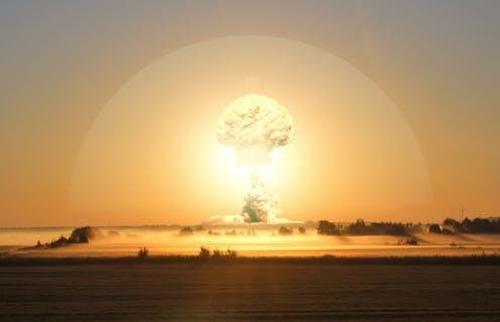 Introduced by Democrats Senator Elizabeth Warren (MA) and Rep. Adam Smith (WA) the bill introduces: "It is the policy of the United States to not use nuclear weapons first."

"Threatening to use nuclear weapons first makes America less safe because it increases the chances of a miscalculation or an accident," Warren said in a statement arguing the bill's urgency. "There are no winners in a nuclear war, and the US should never start one."

Rep. Smith also affirmed, "The United States should never initiate a nuclear war," in his statement, saying further, "This bill would strengthen deterrence while reducing the chance of nuclear use due to miscalculation or misunderstanding."

According to The Hill, the Biden presidency could have a receptive ear to the change in policy:

Opponents of such a policy argue that taking the option off the table to use a nuclear weapon first could embolden adversaries...

More in this category: « The Big Move: ‘It would be nice to spend money and go on vacations’: I’m 58 and have lived in my home for 40 years. Can I afford a house and semi-retirement? Earnings Outlook: Here’s how the ‘pause’ on J&J’s COVID-19 shot may or may not affect the company’s earnings »