By Michael Every of Rabobank 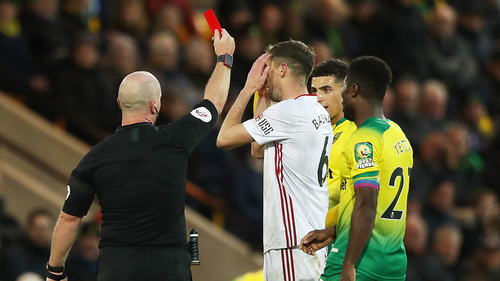 A red card for the whole system

“IT’S RED!” A straight red card for Global Neoliberalism United, that is. 12 of Europe’s top football (‘soccer’) clubs are planning to break away from their already-lucrative elite domestic leagues, and their even-more lucrative Champions League, in order to form a breakaway closed-loop European Super League with no relegation and no cup competitions. In short, the richest (if not most successful) clubs, and the world’s most famous players, are potentially about to walk away from the entire global system of football - including the quadrennial World Cup - to keep all of the global money in the game rather than sharing just a little of it with others: this is of course backed by Wall Street and private equity to the tune of USD8bn.

Even the US football system sees the least successful team get first pick of the draft new players; by contrast, global football has long seen increasing returns to the biggest clubs and their subsequent de-anchoring from their own domestic and now pan-European leagues. Amazingly, this puts UEFA --an institution with the transparency and public affection of a Bond Villain-- in the position of the good guys trying to hold the game’s gossamer-thin ties to its grassroots. This is, sadly, perhaps what the market wants though: endless ‘Clash of the Titans’ games with no consequences. No true fans needed, just click-bait viewers. In which vein, may I make some suggestions to the bankers setting up the new rules to make it even more neoliberal/lucrative?...

More in this category: « Earnings Outlook: Here’s how the ‘pause’ on J&J’s COVID-19 shot may or may not affect the company’s earnings Coronavirus Update: U.S. COVID-19 vaccine program meets key goal, but India cases and Brazil deaths worry experts »