As it turns out, Michael Burry isn't the only institutional portfolio manager who believed GameStop was undervalued when its shares were still languishing in single-digit territory. In a story published this week, Bloomberg revealed that Joel Tillinghast, the longtime manager of Fidelity's Low-Priced Stock Fund, bought GME last year. But, like Burry, Tillinghast and Fidelity dumped their GameStop shares long before they topped $100/share. 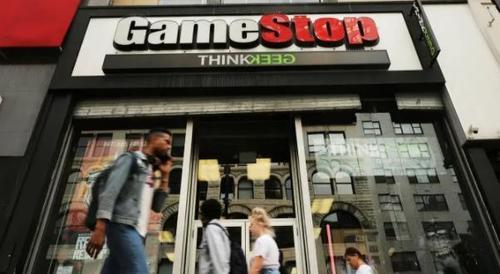 Despite missing out on what would have been a career-defining slam dunk, Fidelity still awarded Tillinghast with its outstanding portfolio manager award this week. A Morningstar analyst defended Tillinghast by saying he "doesn't chase fads". Still, considering that the stock peaked at just shy of $500 a share, we wouldn't be surprised to learn that Tillinghast has some regrets about dumping his entire stake.

The $33.5 billion Fidelity fund had about 2 million shares of GameStop at the end of October, regulatory filings show. That’s when the Grapevine, Texas-based company’s stock traded at just above $10. By the end of January, at which point the fund had exited its position, GameStop had reached as high as $483. It hasn’t climbed back to that level since then, closing at $220.40 on Tuesday.

Tillinghast didn’t say at what price he sold. However, another fund that he manages, the $14 billion Fidelity Series Intrinsic Opportunities Fund, held 6.8 million GameStop shares as of Oct. 30 that were valued at $71.2 million, filings show. It sold the entire stake by the end of January for a total of $333.8 million, or about $49.08 a share.

But more than anything, Tillinghast's decision to sell underscores how the principles like those outlined in the "Intelligent Investor" no longer...