The Black Lives Matter organisation has issued a statement clearly aligning itself with the Marxist government’s brutal oppression of the Cuban people throughout the country, prompting widespread backlash but little surprise given that BLM itself was founded by avid Marxists. 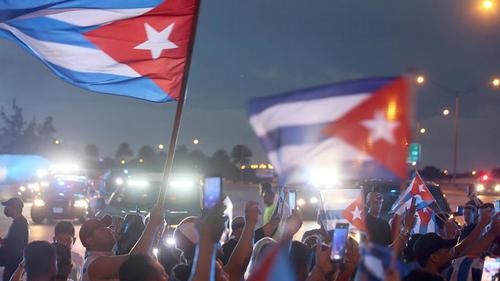 Rather than condemning the Cuban regime, the BLM statement blames the U.S. government under president Trump for “inhumane treatment” of the Cuban people:

The statement claims that “Since 1962, the United States has forced pain and suffering on the people of Cuba by cutting off food, medicine and supplies, costing the tiny island nation an estimated $130 billion.”

It’s the exact same claim that the Marxist Cuban regime is making.

The statement continues, “The people of Cuba are being punished by the U.S. government because the country has maintained its commitment to sovereignty and self-determination. United States leaders have tried to crush this Revolution for decades.”

“Instead of international amity, respect, and goodwill, the U.S. government has only instigated suffering for the country’s 11 million people – of which 4 million are black and brown”, the statement also claims.

The fact that pro-freedom protesters in Cuba are waving U.S. flags has gone completely ignored by the BLM organisation....

Read 166 times
Tweet
Published in Economics
More in this category: « Key Words: Gov. Ron DeSantis sells ‘Don’t Fauci My Florida’ merch as his state’s COVID-19 cases spike The Fed: Powell’s future in question as Warren blasts Fed for being too easy on the biggest banks »
back to top