A few months ago, Morgan Stanley's chief equity strategist Michael Wilson, who also recently emerged as the biggest Wall Street bear warning that the "rolling corrections" in the market presage a 10-20% drop in stocks, summarized the current economic state simply as "mid cycle"... 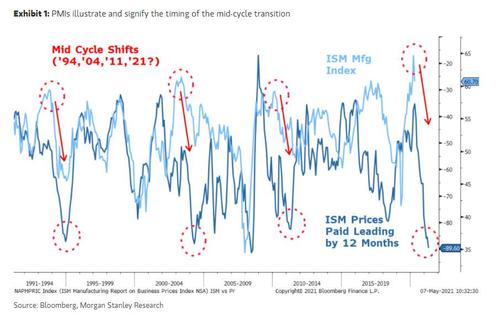 ... which of course is the best place to be, as the initial euphoric surge higher in stocks tapers to a slow and steady grind as the economy chugs along at a modest pace.

But what if he is wrong? After all, yesterday the NBER determined that the covid recession - at just 2 months - was the fastest on record (even as 14 million Americans are out of a job and still collect unemployment benefits) and we are already well into the mid cycle, if not approaching the end. 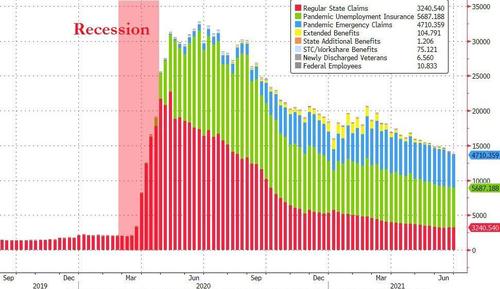 Also it is none other than Wilson's own employer Morgan Stanley, which has also said recently that this cycle will be "hotter but shorter" than usual. 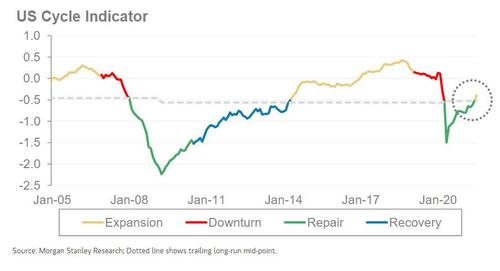 Does it not stand to reason then, that the economic cycle is now so truncated - courtesy of $30 trillion in global stimulus - that we have blasted right through the midcycle phase and are now nearing the end?

That is the question Deutsche Bank's credit strategist Jim Reid asked overnight, when he described this recovery as "undoubtedly the most unusual in history with many sectors of the economy already running ahead of their pre-recession trend" even though several serviced based ones are still well behind though. More importantly, according to Reid and DB economists, the output and employment gap will likely close in the next couple of quarters which will be the quickest for both...

More in this category: « The Tell: Why a bond rally could drive the 10-year Treasury yield lower still, even as inflation expectations become unmoored The Ratings Game: Mister Car Wash on track to double market share from about 5% as loyalty program gives it a competitive edge, analysts say »