The Internet Party One citizen... one vote... zero government interference.
updated 10:49 PM, May 16, 2022 UTC
Headlines:
Musk: Twitter deal at lower price "not out of the qu: A viable Twitter deal is "not out of the question" at a lower price, Elon Musk sai
Authors of bipartisan bill to increase police fundin: A bipartisan pair of lawmakers is calling on House leadership to schedule a vote a
Iowa Senate: Franken Poll Finds Tied Race: By Jacob Rubashkin A new poll of the Democratic primary for Iowa’s U.S. Senate s
Mayorkas says Buffalo shooting not yet determined to: Homeland Security Secretary Alejandro Mayorkas on Monday said authorities have yet
Market Snapshot: Dow and S&P 500 trade higher, brush: Major U.S. stock indexes turn mostly higher Monday afternoon, though the Nasdaq co
Luna Foundation Sold 80,000 Bitcoin Amid UST Crash: Luna Foundation Sold 80,000 Bitcoin Amid UST Crash Authored by 'NAMCIOS' via Bitc
Brace Yourself For Another "Debt Ceiling" Fight

Authored by Michael Maharrey via SchiffGold.com,

The clock is ticking down to another US debt ceiling battle. 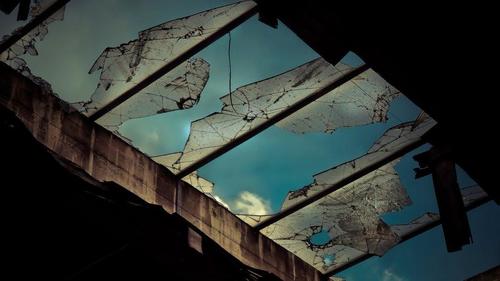 The Congressional Budget Office projects Uncle Sam will run out of money this fall, likely in October or November. “If that occurred, the government would be unable to pay its obligations fully, and it would delay making payments for its activities, default on its debt obligations, or both,” the CBO said in a statement.

In 2019, Congress suspended the debt limit for two years. That suspension ends on July 31.

Congress imposed the first debt ceiling in 1917. The Second Liberty Bond Act capped debt at $11.5 billion. This was supposed to put some kind of restraint on government borrowing. Of course, it didn’t. Every time the debt approaches the ceiling, Congress simply raises it. Between 1962 and 2011, lawmakers jacked up the debt “limit” 74 times, according to the Congressional Research Service.

When the current debt ceiling suspension ends on July 31, the US government will no longer be able to borrow money. According to the CBO, it will be able to limp along until this fall using “extraordinary measures.” According to Reuters, these range from halting the issuance of special securities to state and local governments to...

More in this category: « Therese Poletti's Tech Tales: This is your final warning — Chinese stocks listed in the U.S. are dangerous to hold : LeBron James has earned $1 billion — the first U.S. team sport athlete to do it while still active »