The National Hurricane Center (NHC) downgraded Henri from a Category 1 hurricane to a tropical storm with maximum sustained winds of 70 mph. The storm is about 50 miles southeast of Montauk Point, New York. 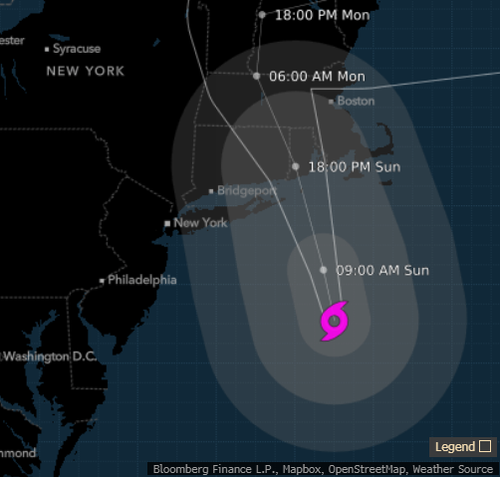 Even though the storm was downgraded by four mph from 74 to 70 overnight, damaging winds and storm surges could cause coastal and inland flooding, bring down trees and power lines. 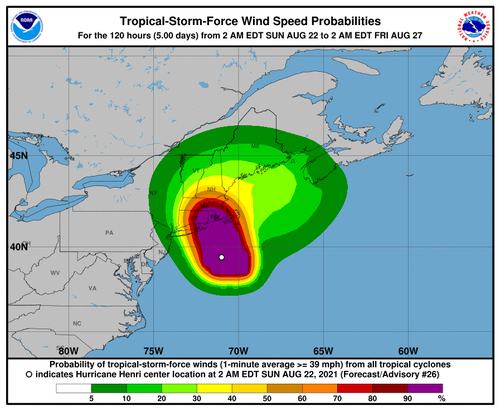 Landfall is expected late morning or early afternoon on Long Island or southern New England. The NHC said storm surge warnings and watches were in place for much of Long Island and the Massachusetts coastline. The highest surge is expected along the Long Island Sound of about 3-5 feet. 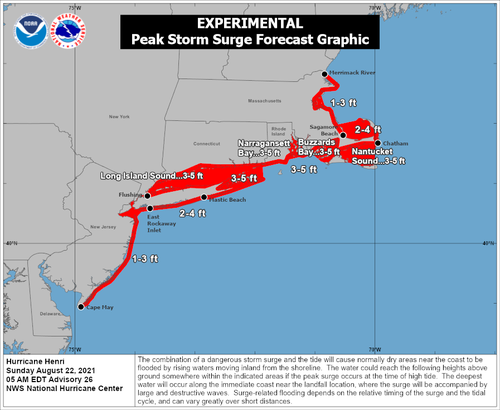 "The combination of a dangerous storm surge and the tide will cause normally dry areas near the coast to be flooded by rising waters moving inland from the shoreline," NHC warned said.

Weather models forecast Henri could dump as much as 10 inches of rain over New Jersey, New York, and western Connecticut through Monday.

At least 50 million people in the Northeast are under tropical weather warnings or advisories. Long Island hasn't had a direct hit from a storm in three decades. It would be the first time since Hurricane Bob in 1991.

New York Gov. Andrew Cuomo warned residents of the state to get out of flood-prone areas.

"If you know you are in an area that tends to flood ... get out of that area now, please," Cuomo told reporters.

Cuomo has declared an...

Read 180 times
Tweet
Published in Economics
More in this category: « Deep Dive: These stocks can defend your investment portfolio from inflation Dispatches from a Pandemic: New York’s ‘Homecoming’ concert was a washout. Is this a metaphor for the city’s recovery from the pandemic? »
back to top