CBS News reported Tuesday that the press pool of White House reporters have launched a formal objection over the fact that Joe Biden refuses to answer any questions, with reporters routinely being yelled down and physically pushed away by Biden’s handlers. 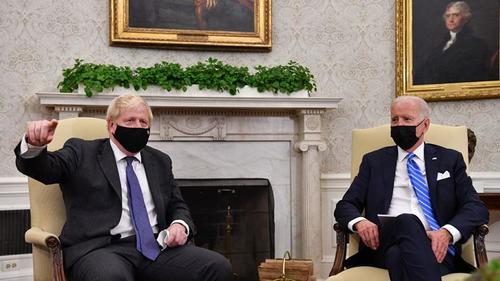 The revelation came after an embarrassing scene in the Oval Office with British Prime Minister Boris Johnson answering questions, but Biden not being allowed to by aides.

IN THE OVAL OFFICE… @POTUS Biden and British PM @BorisJohnson meet to discuss pandemic, trade and other issues. Johnson took 3 questions. White House aides shouted down U.S. attempts to ask questions. I asked Biden about southern border and we couldn’t decipher what he said. pic.twitter.com/A86kgdfsuc

As we were leaving, I asked the president...

More in this category: « BookWatch: Here’s how to work better and smarter — and make room for your career and life goals to succeed Market Snapshot: U.S. stocks march higher after Federal Reserve signals tapering bond purchases may come soon, interest rate rise in 2022 »