Authored by Emel Akan via The Epoch Times,

Opposition is growing to a new proposal aimed at curbing tax evasion that would be part of the $3.5 trillion reconciliation package under consideration by Congress. 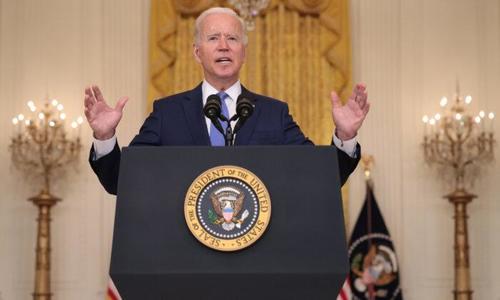 The proposal, which is being pushed by the Biden administration, would require banks and other financial institutions to report to the Internal Revenue Service (IRS) any deposits or withdrawals totaling more than $600 annually to or from all business and personal accounts.

The American Bankers Association (ABA), along with over 40 business and financial groups, sent a letter on Sept. 17 to House Speaker Nancy Pelosi (D-Calif.) and House Minority Leader Kevin McCarthy (R-Calif.) objecting to the “ill-advised” reporting proposal.

“While the stated goal of this vast data collection is to uncover tax dodging by the wealthy, this proposal is not remotely targeted to that purpose or that population,” the letter stated.

“In addition to the significant privacy concerns, it would create tremendous liability for all affected parties by requiring the collection of financial information for nearly every American without proper explanation of how the IRS will store, protect, and use this enormous trove of personal financial information.”

The Biden administration has been pushing Democrats to include the proposal in the $3.5 trillion spending bill in an effort to address tax evasion, mainly by wealthy people.

With the new reporting rule, “the wealthy can no longer hide what they’re making,” President Joe Biden said on Sept. 16 during a speech on the economy.

“That isn’t about raising their taxes,” Biden added.

“It’s about the super-wealthy finally beginning to pay what they owe.”