Haitian security officials told NYT that gang members had kidnaped 17 American missionaries in Port-au-Prince on Saturday. Details are scant at the moment, but local officials should release more information on Sunday.

"The mission field director and the American embassy are working to see what can be done," WaPo said, citing a "prayer alert" from the organization: "Pray that the gang members will come to repentance and faith in Jesus Christ." 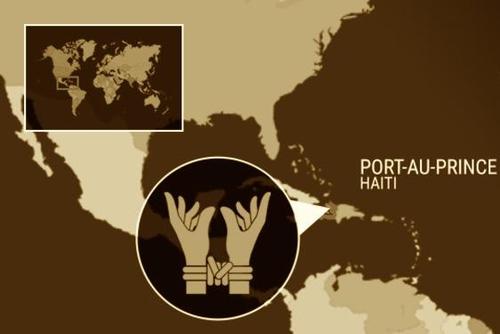 CNN noted that one of the missionaries, an American citizen, posted a distress call on a WhatsApp group as armed gunmen kidnapped the them.

"Please pray for us!! We are being held hostage, they kidnapped our driver. Pray pray pray. We don't know where they are taking us," the message said. CNN states that they cannot "verify the authenticity of this message.

But a spokesperson for the US State Department said they're aware of the reports and are investigating:

"The welfare and safety of US citizens abroad is one of the highest priorities of the Department of State. We are aware of these reports and have nothing additional to offer at this time," the spokesperson said.

Some reports show half of Port-au-Prince is controlled by criminal gangs. The country has suffered years of political chaos as kidnappings have recently erupted.

In the first eight months of 2021, 328 kidnapping victims were reported to Haitian police, compared with 234 for all of 2020, according to United Nations Integrated Office in Haiti known.

What's made the violence worse is the...

More in this category: « MemeMarkets: Retail investors ‘celebrate’ Ken Griffin’s birthday in their own way NewsWatch: The Dow is on track for its best October in 6 years and third-quarter earnings are strong so far. What could go wrong? »