Authored by Ivan Pentchoukov via The Epoch Times,

The Democrat-led House committee investigating the Jan. 6 Capitol breach voted on Tuesday to hold conservative podcast host Steve Bannon in contempt of Congress for defying a subpoena for documents and testimony. 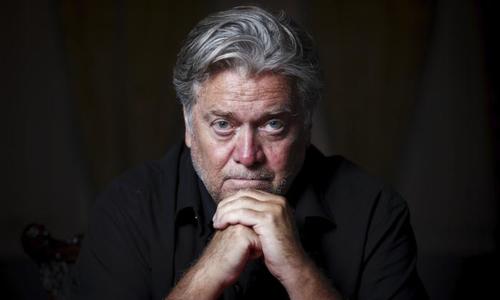 The resolution will now move for approval by the House, where Democrats hold a slim majority and will likely approve the measure. Should the House approve the contempt resolution, the Department of Justice will decide whether to pursue charges.

Bannon played a major role in Donald Trump’s 2016 campaign and took a post as a White House aide before leaving to headline a popular conservative podcast. He did not respond to a request for comment on the contempt vote.

The contempt resolution argues that Bannon has no legal standing to defy the subpoena. Trump’s attorney argued that Bannon should not comply because the information requested is protected by the former president’s executive privilege.

The committee says it wants Bannon’s documents and testimony because he was in touch with Trump before the Jan. 6 incident, because he tried to get Trump to focus on the congressional certification of the election results, and because he said on Jan. 5 that “all hell is going to break loose” the next day.

Bannon “appears to have had multiple roles relevant to this investigation, including his role in constructing and participating in the ‘stop the steal’ public relations effort that motivated the attack” and “his efforts to plan political and other activity in advance of Jan. 6,” the committee alleged in the resolution.

Ahead of Tuesday’s contempt vote, Trump filed a lawsuit seeking to block the committee from obtaining White House records.

More in this category: « Outside the Box: The simple way to ease the labor shortage is to raise limits on legal immigration Bond Report: 10-year Treasury yield holds at five-month high following 20-year auction and Beige Book »