Supply chain woes have hit Apple as a report by Nikkei Asia says the tech giant is slashing iPad production to redirect semiconductor chips to iPhones.

Sources told Nikkei that Apple's iPad production has been halved from original forecasts in the last two months. Apple's manufactures are taking the iPad parts and using them on iPhone 13 where it forecast higher demand. 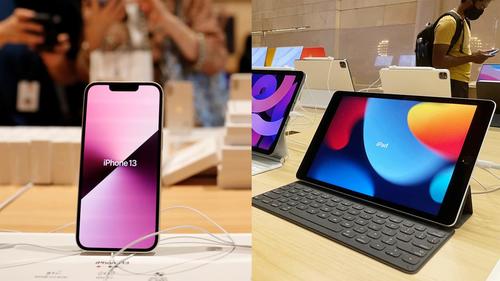 Today's report comes days after CEO Tim Cook told analysts on a call that supply chain disruptions could be even worse this quarter than the previous. He said, "larger than expected supply constraints" as well as pandemic-related production disruptions in Asia. While Apple had seen "significant improvement" by October at Asian facilities, the chip shortage has persisted and is now affecting "most of our products."

The iPad and iPhone share various components, such as both core and peripheral chips. The sources said this has allowed Apple to shift supplies very quickly between both devices.

iPhones are a $192 billion market, while the iPad is around $32 billion. iPhones account for 66% of Apple's revenues in Europe and the Americas.

The downside is that it could take customers upwards of six weeks to procure an iPad.

Last week, Cook told analysts, "we're doing everything we can do to get more (chips) and also everything we can do operationally to make sure we're moving just as fast as possible." He added: "We're projecting very solid demand growth year over year. But we are also predicting that we're going to be short of demand by larger than $6 billion."

Brady Wang, a tech analyst with Counterpoint Research, told Nikkei Asia that Apple prioritization of iPhones over iPads comes as...

Read 137 times
Tweet
Published in Economics
More in this category: « The Margin: McDonald’s put a McRib NFT on the menu for $20 — here’s how to get one The Margin: Climate hotshots in hot seat over private jets and other habits expanding carbon footprint at COP26 »
back to top