Federal authorities on Tuesday arrested Igor "Iggy" Danchenko, a Russian national who was the primary researcher for the so-called Steele Dossier - a compendium of opposition research funded by the 2016 Hillary Clinton presidential campaign and used to smear Donald Trump as a Russian operative. It was also used as justification for an FBI wiretap application targeting former Trump adviser Carter Page. 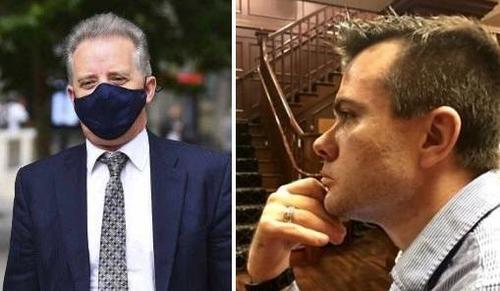 According to the New York Times, the arrest of Danchenko is part of John Durham's special counsel investigation into wrongdoing connected to the Obama administration's Russia investigation.

Details of the indictment against Danchenko are unknown, as the indictment has yet to be unsealed according to people familiar with the matter speaking on condition on anonymity.

Some claims from the Steele dosser made their way into an F.B.I. wiretap application targeting a former Trump campaign adviser in October 2016. Other portions of it — particularly a salacious claim about a purported sex tape — caused a political and media firestorm when Buzzfeed published the materials in January 2017, shortly before Mr. Trump was sworn in.

The 43-year-old Danchenko, who was hired by Steele in 2016 to deploy a network of sources to dig up dirt on Trump and Russia...

More in this category: « Metals Stocks: Gold settles lower after good ADP jobs data, but finds support after expected Fed decision on tapering bond buying : ‘A necessary win for workers’ and ‘devastating’ for companies: What business groups are saying about Biden’s vaccine mandate »