Yesterday saw the Basel-based Financial Stability Board release its latest annual rankings of systematically important banks. JPMorgan was moved back up to the highest tier and now stands alone as the world's most important bank. (Chinese banks which are generally bigger have explicit state support and as such as broadly viewed as less risky). 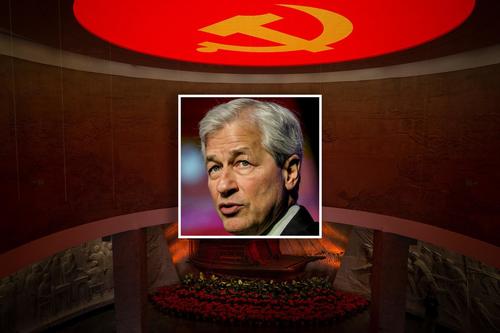 “We hope to be there for a long time,” Dimon said of China on Tuesday.

He relayed a “joke” he made during a recent visit to Hong Kong:

“The Communist Party is celebrating its 100th year. So is JPMorgan. And I’ll make you a bet we last longer.”

Dimon made the remarks while speaking Tuesday at a panel discussion at the Boston College Chief Executives Club (and admittedly he did reiterate his company’s commitment to the country in wide-ranging comments).

“Is it really necessary to cite such remarks that are merely to attract people’s attention?”

Apparently that did not go down well in Beijing as this morning Dimon has issued a quick statement, apologizing for his comments:

“I regret and should not have made that comment,” Dimon said in a statement from the bank Wednesday.

“I was trying to emphasize the strength and longevity of our company.”

We suspect this is why... 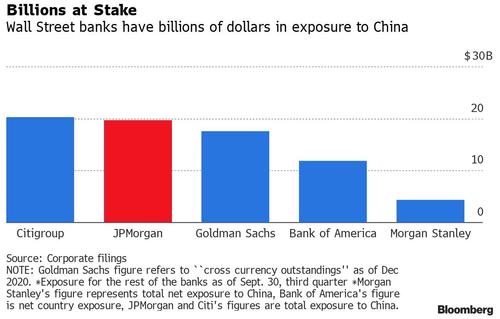 Yep, 20 billion reasons for why the CEO of the world's most important bank joined the likes...

More in this category: « Coronavirus Update: WHO warns Europe COVID death toll could exceed 2.2 million by March, and U.S. warns against travel to Germany and Denmark Market Extra: Here are the stock market’s trading hours for Thanksgiving and Black Friday »