Elon Musk has now sold over $10 billion worth of Tesla stock in less than a month, with the consummation of his latest sale of 934,000 shares.

The latest share sale was reported last night on a Form 4, where the world's richest man casually peeled off about $1.01 billion worth of stock via exercising options and stock sales.

Musk has been claiming that the purpose of recent stock sales has been to offset tax liabilities, but Musk's sales have shown no signs of stopping just yet. 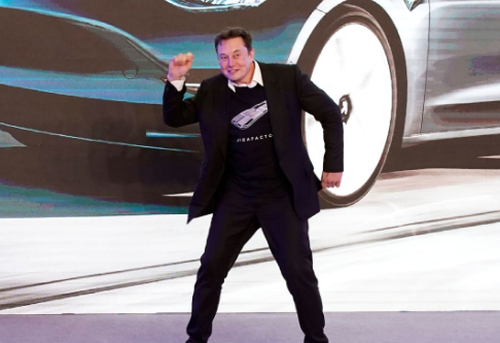 He has now sold 10.1 million shares since November 6, when he disclosed his intent to sell in a Twitter poll. In total, his sales amount to $10.9 billion, according to Bloomberg.

While Musk has been dumping stock to his loyal followers, Tesla has held somewhat steady, an anomaly we pointed out weeks ago when Musk first began his sales.

Somehow, despite the sales, Tesla isn't dragging down any of the indexes or actively managed funds it is a large component of.

To unload the 10% of his Tesla stake he queried Twitter users about on November 6, Musk would need to sell 17 million shares, which equates to about 1.7% of the company's outstanding stock.

If he follows through on these sales, Bloomberg writes that Musk "could end up shaving well over $2 billion off his tax bill as a result of his move to Texas from California last year".
...

Read 194 times
Tweet
Published in Economics
More in this category: « Project Syndicate: Global supply chains may be efficient, but they also risk boosting inflation and inequality Retirement Weekly: The best reason of all to postpone retirement »
back to top