With a total GDP of $432.3 billion, Nigeria has become the biggest economy on the African continent over the last 30 years. While the five highest spots on this ranking have been more or less constant over the last three decades, Statista's Florian Zandt notes that the rest of the top 8 are subject to bigger fluctuations as our chart shows. 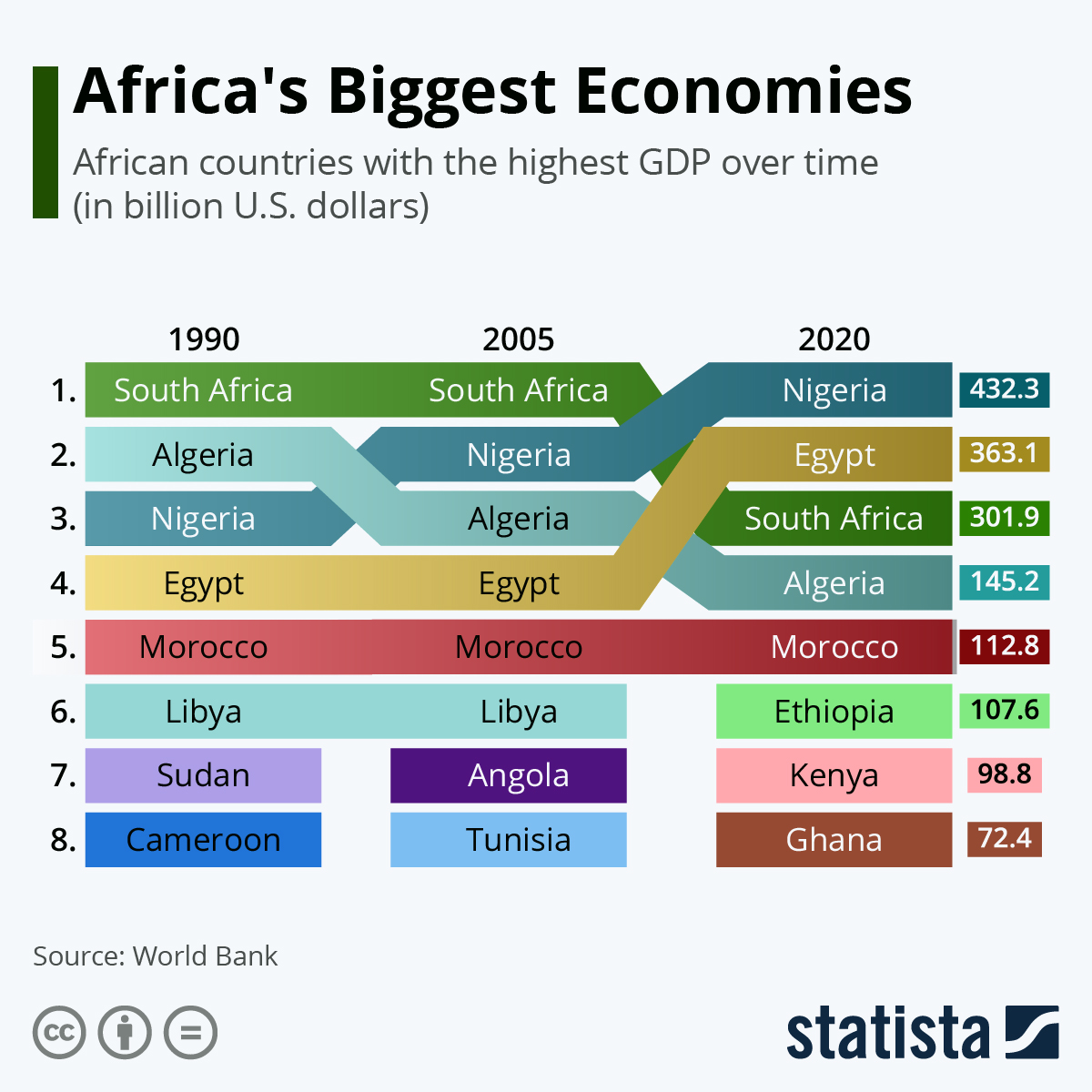 Libya, for example, managed to come in sixth in 1990 and 2005, but dropped out of the top 8 and only made the 17th rank in 2020. One of the most probable reasons for this dropoff is the Second Libyan Civil War. The multi-sided conflict started in 2014 in the aftermath of the election results of 2012 putting the General National Congress into power. Kenya, on the other hand, passed a new constitution in 2010 which limited the power held by the country's president and enabled business and technology centers like Nairobi to grow. The city is now home to the African offices of Google, Coca-Cola, IBM and Cisco, among others.

Nigeria's first place is largely attributable to its rapidly expanding financial sector, which grew from one percent of the total GDP in 2001 to ten percent in 2018, and its role as one of the world leaders in petroleum exports. The growing tech hub of Lagos, the second-largest metropolitan area in Africa and among the largest in the world, is also likely to further bolster Nigeria's growth in the coming years, even though the divide between the part of the population living in slums without access to basic sanitation and its upper class making the city one of the most expensive in the world is likely...

More in this category: « : Biden acknowledges his big social-spending bill won’t get Senate’s OK this year NewsWatch: Odds of being a stock market winner in 2022 are in your favor for this one big reason »