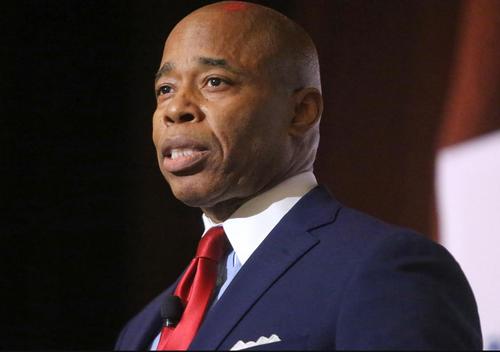 Because of all this, Mayor Adams has said the city's vaccination requirements could be modified to move the next deadline to April.

“We will do an analysis around April based on the Department of Health and Mental Hygiene and see if we want to mandate them,” Adams said in a Monday interview on Bloomberg Television’s “Balance of Power with David Westin."

Right now, public sector employees are required to be fully vaccinated. A vaccine mandate for private-sector workers went into place on Dec. 27, with employees required to get their second dose within 45 days or they won’t be allowed to come to their workplaces.

Adams, who became the city’s 110th mayor on Saturday, also said he was urging banks and other businesses who are letting employees work from home during the winter COVID spike to bring those workers back to the office instead.

"That accountant from a bank that sits in an office, it’s not only him, it’s our financial ecosystem. He goes out to the restaurant. He brings the business travel, which is 70% of our hotel occupancy. He participates in the economy," Adams said.

At least Mayor Adams is willing to admit that the Big Apple needs higher office occupancy rates to return to the thriving.

More in this category: « Help Me Retire: I’ll have $5 million for retirement when I sell my dental practice next year — but my wife and kids don’t want me to retire : Scotts Miracle-Gro says cannabis slowdown and supply chain problems impacted sales »