It's official: Tesla looks as though it is delaying production of its Cybertruck to 2023.

Initial production of the truck is slated to start by Q1 2023, a new report from Reuters says. Delays have occurred as a result of Tesla reportedly "changing features and functions" of the electric pickup.

Production in Q1 2023 is expected to be "limited", the report notes.

We noted yesterday that Tesla had removed its 2022 production date for the Cybertruck from the company's website. 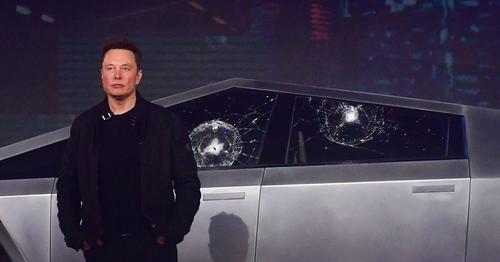 Recall, last year we reported that Tesla was delaying the Cybertruck to "late 2022". Now it looks as though that schedule may still be too aggressive.

We wrote in September:

Before we even opine on the details, we're going to take the "over" regarding this timeline and guess the truck doesn't happen until 2023, perhaps even later.

It turns out we were right.

Musk's delayed timeline for the truck was first announced last year by pro-Tesla blog electrek, who was even forced to note that even though the truck was "once seen as potentially the first to market" it is "now falling behind".

Meanwhile, competitors like Ford's F-150 Lightning continue to garner significant attention and, more importantly, are actually on their way to existing.

Tesla "only recently" completed the engineering design for the truck, the September 2021 report said. The report also noted that in August 2021, Tesla had confirmed it would start...

More in this category: « Commodities Corner: Tensions between Russia and Ukraine aren’t fully priced into commodities : Peloton stock extends its plunge as the 13-month run in the Nasdaq-100 is about to end »