Authored by Jordan Schachtel via The Dossier,

Are you seeing all of those blaring corporate press headlines targeting Joe Rogan this weekend, reporting on a letter from “270 doctors,” which described the famous podcaster as a “menace to public health”? Well, it turns out that the real arbiters of misinformation are the individuals behind the letter itself, and they are being helped along by a corrupt corporate media that is misreporting the credentials of its signatories. 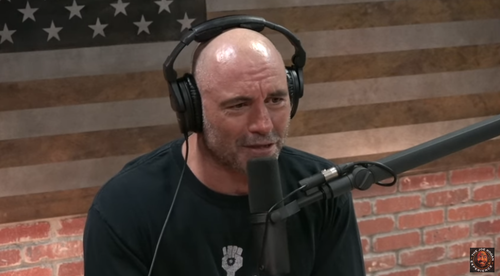 It was first reported by Rolling Stone, with a story titled, “Doctors Demand Spotify Puts an End to Covid Lies on ‘Joe Rogan Experience’”

Yes, the media and Big Tech want to create the image of a hundreds-strong coalition of medical doctors who are genuinely concerned about Joe Rogan’s conversations on his massive platform.

"Throughout the COVID-19 pandemic, Joe Rogan has repeatedly spread misleading and false claims on his podcast, provoking distrust in science and medicine," the doctors said in the letter.
Rogan has been a regular subject of controversy at Spotify.
https://t.co/5jTXPXw3gV

Twitter even got in on the propaganda campaign against Rogan, adding this “medical experts” letter to their curated headlines section.

More in this category: « Key Words: The Federal Reserve needs to ‘shock and awe’ the market with one big rate hike ‘to restore its credibility,’ says hedge-fund star Bill Ackman Market Snapshot: Get ready for the climb. Here’s what history says about stock-market returns during Fed rate-hike cycles. »