Despite the franchises popularity with Chinese consumers, China's censors blocked all four of Disney's Marvel movies released last year from being shown in the Chinese market. The films contained nothing that would obviously anger China's censors (no references to Taiwan as an independent country were included in any of the four films), but as Axios points out, they were banned because of what they didn't include: mass messaging that would subtly support the CCP's long-term political aims.

According to Axios, the CCP leadership and President Xi have set an ambitious goal of making China a "strong film power" by 2035. In the title of its post, Axios also described it as a "movie empire". And how could they accomplish this goal if domestic films don't dominate in their own backyard? Clearly, US films pose a serious threat to this. 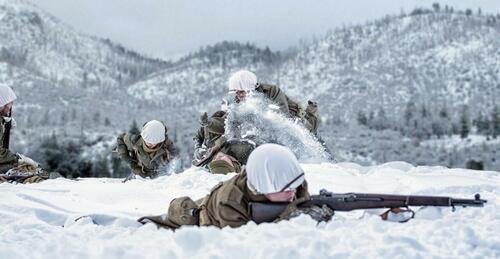 So instead, China's censors were given "the nudge" to raise objections about the films' unacceptable "political" overtones - despite the fact that these movies all take place in a fantasy universe with little bearing on humanity's reality.

This CCP-ordered crackdown doesn't bode well for Hollywood, which has long treated China like a critical growth market. "It's a real turning away from the global entertainment industry," said Rebecca Davis, China bureau chief for Variety, who was quoted by Axios.

Among the foreign films that did play in Chinese theaters last year, just 28% were released in 2021; most were older films. Typically, China's regulators allow about 34 foreign films to be shown in the country every year.

The highest-grossing film in the Chinese box office in...

Read 98 times
Tweet
Published in Economics
More in this category: « Dark Side Of Metaverse Exposed: Why Your Kids Need To Stay Away From VRChat Earnings Outlook: GE earnings: Wall Street analysts have lowered the beat bar, but investor expectations are now ‘slightly elevated’ »
back to top