Roughly 27 percent of people aged 15 to 24 are unemployed in the MENA region, the highest percentage share of all world regions.

But, as Statista's Florian Zandt details below, based on data by the World Bank shows, even richer regions like North America are not exempt from the issue of young people not being able to find jobs. 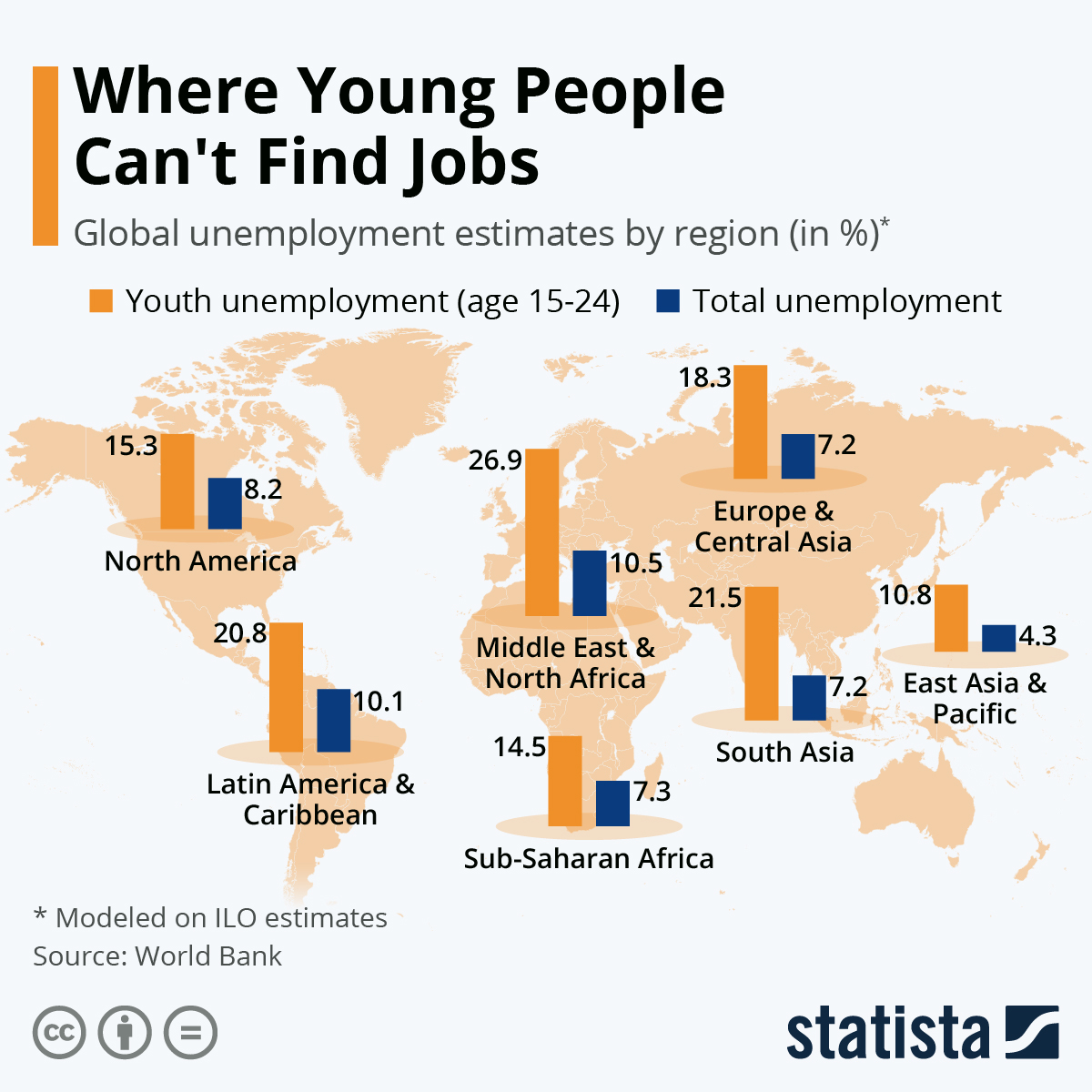 On the contrary, the region comprised of the U.S. and Canada ranks fifth out of seven when it comes to youth unemployment and third when it comes to total unemployment according to World Bank data based on an International Labor Organization model for 2020. This issue is especially prevalent in Canada, where an estimated 20 percent of young job seekers can't find work, a number similar to countries like Puerto Rico, Lithuania, France and Nigeria. Overall, the lowest percentage of unemployed people, whether bracketed in the group aged 15 to 24 or total, can be seen in the East Asia & Pacific region. There, only four percent of people willing to work can't find jobs, while approximately eleven percent of young people were unemployed in 2020.

While the reasons for youth unemployment are manifold and complex, some of the more important indicators include levels of education and the degree of regulation of the corresponding labor markets. In OECD countries alone, roughly 178 million young people were unemployed in 2020....